Fico: The Berlin incident is an attack against European cultural identity

Slovakia has adopted several measures to protect Slovakia after the December 19 attack in Germany, keeping to the second level of terrorist threat. 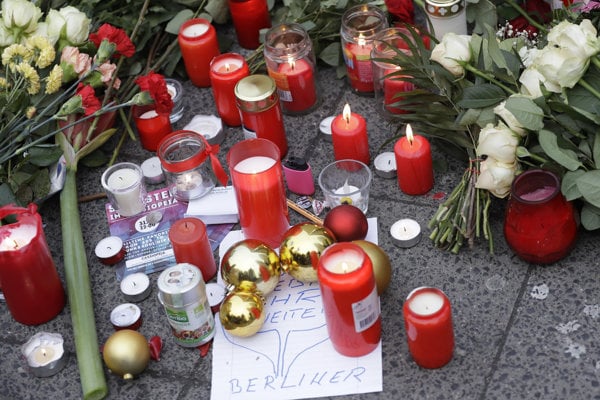 An attack on people visiting a Christmas market in Berlin is an attack against the cultural identity of Europe and Slovakia has the right to adopt respective measures, said Prime Minister Robert Fico in his response to the December 19 incident in Germany where a truck crashed into a crowd, leaving 12 victims and dozens of people being injured.

“I consider the measures adopted as a response to the migration crisis absolutely correct,” Fico said after a meeting of the National Security Analyst Centre that took place on December 20, as quoted by the TASR newswire.

He hopes the measures will soon prove to be necessary.

“Unless I am a prime minister I will never agree with the creation of a compact Muslim community in Slovakia,” Fico reiterated, as quoted by TASR. “The current attacks are also attacks against the EU.”

Slovakia has already activated all mechanisms linked to similar threats.

“We evaluated the events today and specified some measures adopted in the following hours and days,” Fico said, as quoted by TASR, adding it is now up to the police and the intelligence services.

Interior Minister Robert Kaliňák said that they have doubled the number of police officers in Slovak streets since midnight, which is typical for similar situations. The patrols, whose number increased to 1,000, will control particularly the situation in shopping centres or Christmas markets, as well as transport hubs. The country also intensified the protection of borders with the Czech Republic and Austria.

Kaliňák assured that Slovakia is not in imminent danger. The country will keep to the second level of terrorist threat, which it announced for the first time after the March attacks in Brussels, the SITA newswire wrote.

Meanwhile, several Slovak representatives have sent their condolences to Germany. In a telegram to his German counterpart Angela Merkel, Fico expressed shock for the attack.

“It is very sad news for all of us,” Fico wrote, as quoted by TASR.

Speaker of Parliament Andrej Danko said shortly after the attack it is hard to write anything as there are many questions and only few answers.

“This proves that we need to be united, that Europe needs to stick together,” he wrote on a social network, as quoted by TASR.

The Slovak Foreign Affairs Ministry meanwhile informed there are also Slovaks among the casualties or the injured, SITA reported

The incident was reportedly caused by a man from Pakistan or Afghanistan who had already been detained, investigators claim. He allegedly came to Germany in February 2016 as a refugee, TASR wrote.