Bratislava officially has 2,000 homeless, estimated number is more than double

For the first time in history, Bratislava counted the homeless people living on its streets. Volunteers sought to obtain statistical data, but also to find out how to help. 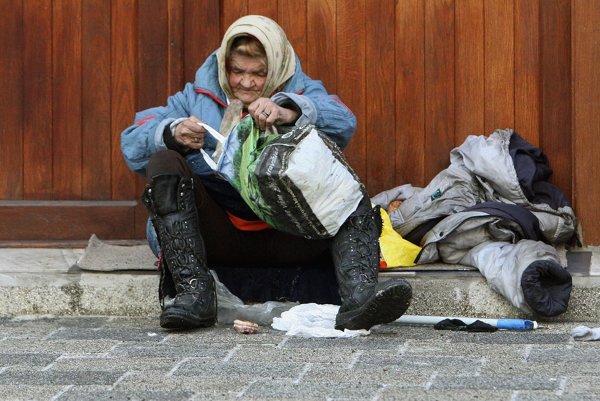 There are at least 2,064 homeless people living in Bratislava, according to the results of the first-ever census of people without a home in Slovakia's capital. The authorities and people who work with the homeless, however, estimate the number to be much higher, up to 5,000.

Of the homeless who agreed to be recorded in the census, 284 are children and 1,780 are adults. The number of homeless men is double that of women, and every tenth homeless person sleeps in a shelter, the census results show.

The authorities in the capital cooperated on the census with the Institute for Labour and Family Research (IVPR), alongside non-governmental organisations and several dozen volunteers. In total, 106 people walked the streets of Bratislava at night in November, when the census took place. 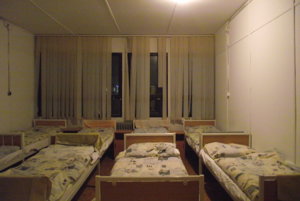 Read also: Homeless people: We are not all the same Read more

The aim of the census was not only to find out the total number of homeless people, but also to create a foundation of statistics about them. Volunteers tried to get answers to questions such as: if the homeless want to overwinter in a shelter, where they slept last year, if there was a day in the last week when they didn’t have a warm meal, or if they grew up in an orphanage.

“We were also interested when was the first time they found themselves on the street," said Daniel Gerbery from IVPR, as quoted by TASR newswire, and added that 41 percent of the people in the census said it was 10 years ago or more. For 6 percent of them it was only last year.

Its capacity is 36 beds, along with a kitchen, bathroom and living-room. The fee for a night is one euro and the homeless have the opportunity to shower, eat hot soup and drink tea. Marta Sarköziová, an employee of the shelter, said that with the decreasing outdoor temperatures, shelters are getting fuller.

“Sometimes we have more people requesting to stay overnight than our capacity allows. In that case, people even sleep in the corridor on the floor. They don’t have to stay outside,” explained Sarköziová.

She also lived in Mea Culpa, when she didn’t have a home. She has been working in the shelter for 11 years now, almost from the beginning of Mea Culpa.

“I grew up in an orphanage. I became drug addicted, but I am clean for 15 years now. I adopted a little girl. Her name is Mária and we live together in the city,” Sarköziová describes the changes in her life.

The homeless of Bratislava were also asked in the questionnaire what they need the most.

“According to their words, they mostly need their own accommodation, but also a stable job, financial support and health care,” said Daniel Gerbery from IVPR as quoted by TASR newswire.