Slovakia is unable to attract talents

The country dropped in an international ranking of talent competitiveness, though it has more potential. 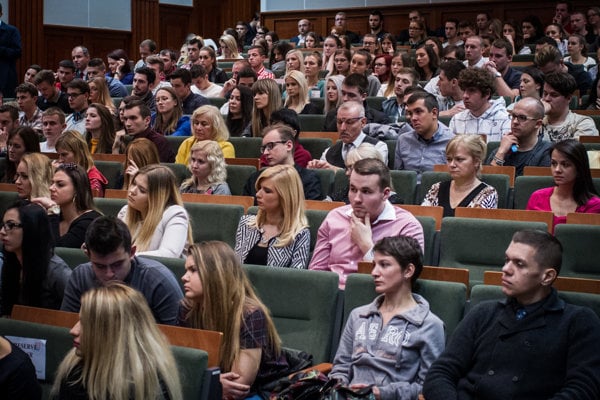 Slovakia loses its own talents and is unable to attract the foreign ones. This stems from the recent Talent Competitiveness Index report by staffing company Adecco, in which it fell by 10 positions to 37th place, the Hospodárske Noviny daily reported.

The report measures the ability of countries to compete for talent and ranks over 100 countries according to their ability to grow, attract and retain talent. Slovakia reported worse results than most of the members of the Organisation for Economic Cooperation and Development (OECD).

One of the reasons for such a state is the lack of innovation, according to Peter Kremský, executive director of the Business Alliance of Slovakia.

Sergio Duarte, head of Adecco Slovakia, however, talked about the big potential for talent.

“We see some reserves in the system of education and its connection to practice,” Duarte said, as quoted by Hospodárske Noviny.

He recommends, among other things, to moderate conditions for the development of small and medium-sized enterprises and the establishment of talent companies.

Jiří Halbrštát from recruitment company Manpower highlights the fact that Slovakia remained in the first third of the list.

“Education is at a high level in international comparison and there is a big interest in technical specialisations which the economy needs the most,” Halbrštát told Hospodárske Noviny.

On the other hand, Slovakia loses talents due to low salaries compared with western countries, he added.

Another problem, stressed by Róbert Chovanculiak of the economic think tank INESS, is that Slovak legislation is not set to attract talent.

“For example, we increased the payroll-tax burden for talented people last year, which deters them from living and working in Slovakia," Chovanculiak told Hospodárske Noviny.