Ján Lunter may fight with at least three other candidates. 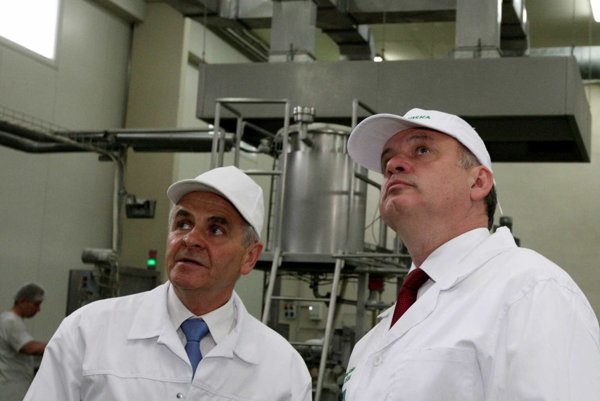 Banská Bystrica-based businessman Ján Lunter, who owns a factory producing healthy food, Lunter (former Alfa Bio), will run for the post of new regional governor in Banská Bystrica. He will run as an independent, with the support of civic activists, the Sme daily reported.

Three other names are mentioned in the race for the Banská Bystrica post: current governor Marian Kotleba (far-right People’s Party–Our Slovakia), head of the SNP Museum Stanislav Mičev, and Martin Klus of Freedom and Solidarity.

“I am running for a public post for the first time, that’s right,” Lunter told the Týždeň weekly, which was the first to inform about the candidacy. “My principles and motivations however remain the same as for everything I have done in my life. I feel responsible for the place we are living today and for what we leave to future generations.”

Read also: Everyone against Kotleba? Appeal on candidates to connect Read more

Lunter comes from Telgárt. He first worked as a programmer, but later changed career paths after he started cooking tofu in 1980 in the cellar of his house. He became interested in healthy food after his mother had become ill.

The businessman founded his own company in 1991, producing some 30 tonnes of tofu every month. One year later he opened his own restaurant and shop in the centre of Banská Bystrica. The company started expanding and is currently known for its offer of vegetarian spreads, Sme wrote.

It was also awarded Via Bona 2014 for its activities.

The company, however, faced a big scandal in August 2015 when its mammal spread was allegedly infected with a dangerous Botulinum toxin. The customer who had reportedly eaten the spread ended in hospital.

Though tests proved the spread was not contaminated, the case was widely covered by the media and harmed the reputation of the company. As a result, it decided to change its name from Alfa Bio to Lunter.