With approximately 75,000 Slovaks living and working in the UK the question arises: will the "hard Brexit" send some of them home? 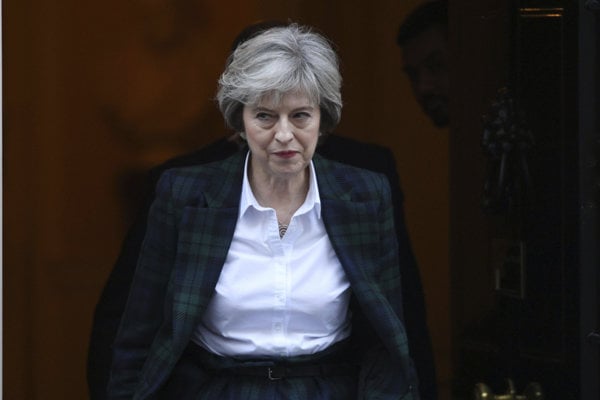 "Brexit must mean control over the number of people who come to Britain from Europe," British PM Theresa May announced in her speech as she outlined the way Great Britain will look and function after its exit from the European Union. Where does that leave Slovaks living in the UK?

There are currently an estimated 75,000 Slovaks living and working in the UK. While the rules for entry to the British labour market for Slovaks are expected to be stricter following Brexit, people who have legally lived and worked in the UK should not find it hard to remain in Britain.

At the same time, Slovakia should surely get ready for those who decide to return home, first of all by removing bureaucratic barriers for them, in order to put their potential to use, labour market experts say.

“If Great Britain talks about its citizens and its country, we will talk about our citizens and our country and the project we care so much about – the project of the EU,” Prime Minister Robert Fico reacted to May’s Brexit speech, as quoted by TASR newswire.

Meanwhile in the UK, the Supreme Court ruled that the UK cannot leave the EU without getting a green light from the parliament. Still, experts don’t believe that this situation could reverse the decision of Brits from the June 23, 2016 referendum.

Theresa May is expected to deliver some more concrete plans on how her government wants to go about the Brexit. But even before she presents her white paper, observers see it as almost clear that the UK will regulate labour migration.

“After Brexit, it will be harder for all EU citizens to enter the UK labour market,” Zuzana Gabrižová from the Euractiv portal stated for The Slovak Spectator, explaining that getting a job in the UK will not be impossible, mainly for qualified workers and seasonal jobs, but it will definitely be harder.

The tendency is to guarantee rights to those foreigners who have been living and working in the UK until now, she said.

“The question is, where will the line be drawn,” Gabrižová said. “It’s possible that those who move to the UK now, will have to leave.”

Slovaks in the UK

But the Slovaks living in the UK that The Slovak Spectator spoke to do not see Brexit as a completely terrifying prospect.

“No one is sending us home,” Viktor Mydlo, who moved to the UK with his girlfriend to find a better-paid job, said. They live in Northampton and like many Slovaks, they left their native country to find better-paid work.

“I was tired. I work as a nurse and my aim was to finally find a job position where I would gain enough respect and money,” Mydlo explained why he moved to the UK seven months ago, at the time when the Brexit referendum was happening.

In response to the question whether he would go home or move to another country if he was forced to leave the UK, he has a clear opinion:

“I didn’t move to stay here forever,” he says. “I wanted to see another part of the world and gain experience. I believe that one day I will return to Slovakia and use all the skills and knowledge which will come my way.”

Going home would also be the preferred choice for Marianna Buzmová, who has lived in the UK since 2012. She works in the hospitality industry as a front office manager.

Buzmová has a long-standing relationship with a Brit. The question if she would marry him because of a visa amused her.

“We are going to marry in August,” she told The Slovak Spectator. “But definitely not for a visa, that’s not a reason for wedding. We are joking that he is going to marry me because of easier travelling in Europe.”

Slovaks don’t have to be afraid about their legal position during the transition period before Brexit, the Slovak embassy in the UK wrote on their Facebook page reacting to the announced “hard Brexit.”

The embassy, however, admits that immigration rules could strengthen and entry to the labour market could be more complicated.

“The advantage will be to prove present and past legal residence in the country,” the embassy wrote, and recommended Slovaks living in the UK to register their residence if they are planning to stay after Brexit.

Less bureaucracy around the return

Labour market experts at the moment admit it is not clear what those Slovaks living in the UK who will not be allowed to stay on the British labour market after Brexit will do – come back home or move to another country within or even outside of the EU.

“Even if part of the people living in the UK come back to Slovakia, given the current economic situation and according to the number of job positions, they will find work for themselves,” opines Ivana Molnárová, CEO of Profesia.sk. The situation is similar in the Czech Republic, so jobseekers could also look for work there if they do not want to stay in Slovakia.

The question is how Brexit will influence the UK's economy, Molnárová noted. Several banks have already announced they are moving to other European countries and there are concerns that this could bring about another economic crisis.

Martin Kahanec, scientific director of the non-governmental Central European Labour Studies Institute (CELSI) and research assistant professor at the University of Economics in Bratislava, stresses that Slovakia needs to prepare for the return of people after Brexit, to ease the bureaucratic burden for them. Slovakia needs to have a very clear and predictable policy regarding how to facilitate the return of its migrants.

“We should give them a clear signal: if you like, we are happy to welcome you back, this is the office where you should go, here is the website you should look at to get all the information you need,” he told The Slovak Spectator, adding that there should be qualified people to advise people about their return, how to register with social security, and what are the specific things they need to take care of.

“Otherwise, they might not come back and that would be lost potential,” Kahanec said.