Never again; and not this time either 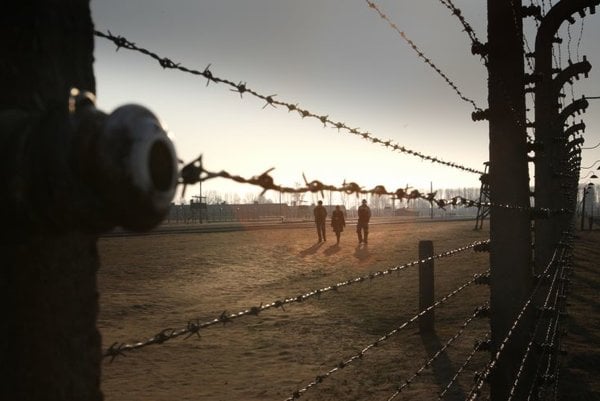 History has the deceptive quality of looking quite predictable in retrospect, and yet bewilderingly arbitrary at the time it unfolds. In reality it is neither; but sometimes great tragedy seems more conceivable than at others.

Today, the 72nd anniversary of the liberation of Auschwitz, is one of those moments. The near-extermination of Jews during World War Two still seems incomprehensibly barbaric, but no longer impossibly so. In America a hateful, ignorant bigot has been elected president and is busy sowing fear and division. In Europe a reckless tide of nationalism keeps rising with no end in sight, not even the prospect of disunion. In our own country fascists have been elected to parliament and are palpably becoming an acceptable feature of the political landscape.

And everywhere, a deafening, outraged question arises: how can this - a confounding political evolution, from genocide to the elevation of its spiritual advocates - happen within a single human lifetime? What mass sense of misery or futility could possibly explain it? How do people dare to espouse such hatred, to make light of such evil, and then to advance their own mundane frustrations in justification?

Yes, the obvious response is to resist this "alt-right", this populist-nationalism, or whatever guise fascism travels under these days. But even as we consider how to respond, the sands shift beneath our feet and another thunderclap of bad news washes away hope and resolve. It's not as easy finding solid ground these days, nor like-minded allies.

And yet resist we must, because we are clearly already embarked on a dismaying sequel to the 1930s, and history has exhaustively forewarned us of how subtly and yet how quickly things can change. So the first matter is to admit the gravity of our situation, and the presence of potentially tragic ingredients - the validation of bigotry, and the vilifying of liberal democracy. Then we need to find each other, whether through social networks, at school or at work, and make sense of our distress. And finally, we must return to the streets we last occupied in the 1990s, when we confronted a far less sophisticated and far less dangerous threat. Like the millions who marched in protest across the US following the inauguration of Donald Trump, we must overwhelm this evil thing that is loose among us. Because even without the benefit of hindsght, it is clear that this is a moment of great danger.

Among the greatest lessons of the Holocaust was how banal evil seems, how commonplace and how routine. Until it suddenly isn't.