Twelve Slovaks received the annual award for their feats in the year 2016, while two more celebrities got a lifelong contribution award in the 20th year of Crystal Wings. 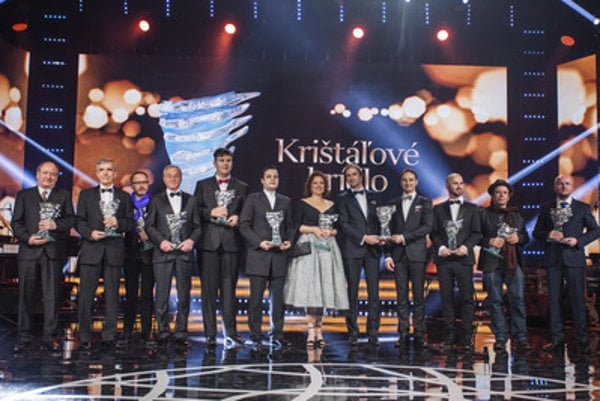 For the last 20 years the Crystal Wing awards go to extraordinary persons in their area of expertise. The awards for 2016 went, at a gala-evening on January 29, to Ondrej Vrábel for Philanthropy, cousins Ladislav and Peter Škantárs for Sport, writer Daniel Hevier for Journalism and Literature, banker Štefan Máj for Economy, violinist Dalibor Karvay for Music, leader of the No Name band Igor Timko for the Rock Pop Jazz category, Michal Mego for Medicine and Science, visual artist Palo Macho and actress Zuzana Mauréry for the Visual Arts and Acting categories.

A Special Award decided by the Crystal Wing Grand Jury went, in the jubilee 20th year, to the musician and composer Marián Varga and manager Andrej Glatz, a former successful athlete.

Most of the laureates expressed surprise and joy, and said that they were honoured by the award, or even nomination, as cited by the TASR newswire. The youngest laureate who was very honoured with even a nomination is Ondrej Vrábel who, at a mere 15 years old, who got the award for philanthropy: he designs games for mentally challenged children. He started designing games for his cousin Dáška, suffering from poliomyelitis.

Other laureates expressed their appreciation for the attention and praise their work and their sector enjoyed with the public, rather than stressing their own contribution.

The author of the award, Mária Vaškovičová, said for TASR that she was satisfied with the fact that the Crystal Wing managed to be established and survive 20 twenty years.