Since December 2014, when it started offering the services on the track, RegioJet has transported more than 2 million passengers. It also introduced several new services in trains, like purchasing train tickets via the internet, wi-fi, free drinks or daily newspapers, the SITA newswire reported.

RegioJet decided to leave the track between Bratislava and Košice due to discriminatory conditions in the market that result from the political decision to introduce free travelling for students and pensioners, the company’s representatives said. 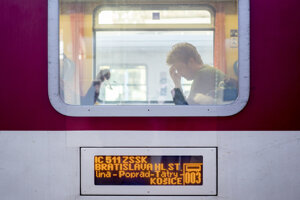 As a result, the commercial trains might have transported only a certain group of paying passengers.

“Moreover, after the political decision of Speaker of Parliament and SNS chair Andrej Danko to re-introduce state IC trains operated by ZSSK, there is no chance for another commercial carrier to operate on this track,” RegioJet explained, as quoted by SITA.

Following RegioJet's decision to leave the route, state carrier ZSSK decided to replace the trains and also broaden the list of stations at which it stops to serve former RegioJet customers. It has not replaced all the trains, however.