Nominees for ombudsperson on human rights, plans and fascism

Parliament will vote on the new ombudsman on Wednesday, February 8. 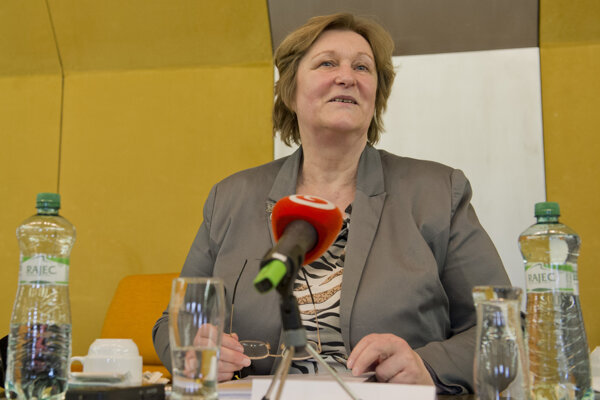 Read also:Dubovcová spoke out even when they refused to listen Read more

Coalition candidate Patakyová wants to keep tabs on executive power, point to shortcomings and defend the rights of senior citizens. In addition, she wants to maintain the high professional standard of the ombudsman’s work and support the independence of and respect for the Ombudsman’s Office.

Opposition nominee Šípošová would like to focus on addressing the issues of extremism and the spreading of hatred. She doesn’t see the post of public ombudswoman as a career aim.

“It would be an opportunity to act publicly and visibly to protect and defend people’s rights,” said Šípošová. “I’d like to find a way to accomplish more in the interests of people.”

Šípošová added that she doesn’t see her membership of the OĽaNO caucus in the previous electoral term as something that could hinder her chances.

Čulen nominated by the far-right Kotleba-People’s Party Our Slovakia (ĽSNS) and by non-partisan MP Peter Marček, views himself as a good candidate partly because he was not afraid to stand up against communism. Meanwhile, he is currently backing various petitions, including one aimed at seeing shops closed on Sundays. This also makes me a good candidate, he said.

Čulen claimed he does not question the Holocaust, but he added that he does not like the fact that everyone only speaks about the Jews in this context. He does not see himself as a fascist despite running for ĽSNS in the 2016 general election.

The ombudsman/woman election will be held in parliament on February 8. Incumbent Ombudswoman Jana Dubovcová, whose five-year term expires on March 28, has already announced that she does not want to run again.