The Slovak Fed Cup team surprisingly won over local national team in the Italian town of Forli, even without favourite Dominika Cibulková. 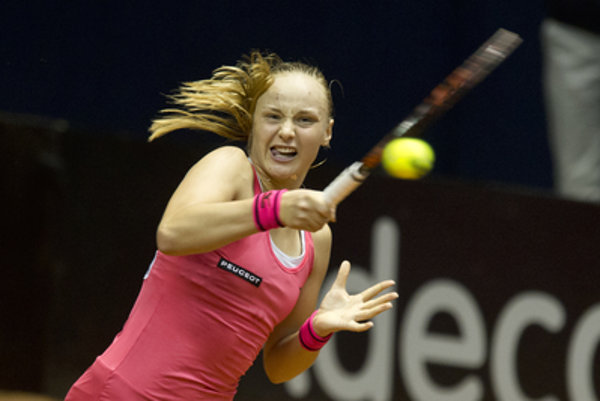 Debutant Rebecca Šramková, aged mere 20, was the team’s main ace in the World Group II tie in Forli, beating both the home-side top player Sara Errani on February 11 and also securing a decisive win against veteran Francesca Schiavone on February 12.

Earlier on the second day, Slovakia’s most successful Fed Cup player ever Daniela Hantuchová, 33, swept Errani 6-2, 6-0, putting Slovakia 2-1 up, the TASR newswire wrote. Šramková then took the opportunity to secure the decisive point by thrashing Schiavone 6-2, 6-4.

In the final doubles, Šramková and Anna Karolina Schmiedlová retired versus Jasmine Paolini and Martina Trevisan after 39 minutes at 2-5 down in the first set, with Šramková complaining about hip pain.

The hero of the Slovak team, Šramková, had said before the Fed Cup weekend that Slovak tennis players are in good condition to win on the “hot Italian soil”. She added, as cited by TASR, that she expects her team to lead after singles 3.1 – which was a perfect forecast, as it turned out.

“The match in Italy showed me new possibilities,” coach of the Slovak female tennis players, Matej Lipták, said. “Rebecca has turned out to be a very useful player in the Fed Cup. I strongly believe she can improve still, and that I will be able to rely on her in the next matches. I will do my best for Dominika Cibulková to also be ready for the play-off. I wish for other players, too, to start being successful in tournaments; this would help us in future Fed Cup events,” he concluded.

The Slovak team proceeded to the next round; they will learn on the February 14 drawing who will be their next rivals.