Slovak defence minister met with his colleagues in Brussels 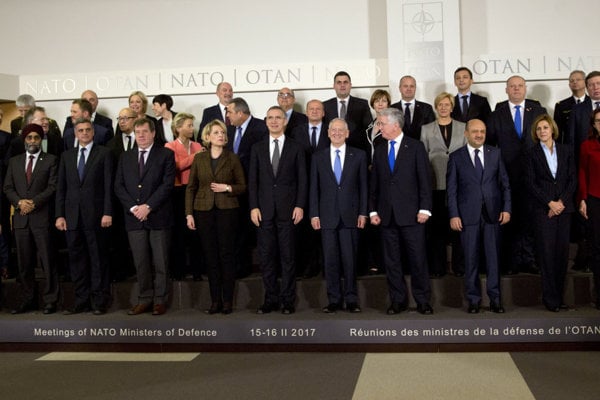 It is necessary to implement the conclusions of the Warsaw Summit, including strengthening the eastern border of the Alliance, Slovak Defence Minister Peter Gajdoš agreed with his Latvian counterpart Raimonds Bergmanis. The two ministers met bilaterally in Brussels following the meeting of NATO defence ministers on February 16. They discussed the work of Slovak soldiers in Latvia planned for the second quarter of 2017 and the bilateral defence cooperation, the SITA newswire reported, citing the ministry’s spokesperson Danka Capáková.

The Visegrad Group countries (Slovakia, Czech Republic, Poland, Hungary) are sending training troops on a rotation basis to the Baltic this year. The Czech soldiers are already present in Lithuania now.

NATO defence ministers at their meeting agreed that it is important to strengthen the eastern wing of the NATO area for the defence of the alliance.

Meanwhile, the Slovak parliament passed the deployment of 152 soldiers for a training mission to Latvia as part of the V4 programme.

“We consider this our first contribution to regional security,” Gajdoš said as quoted by SITA.