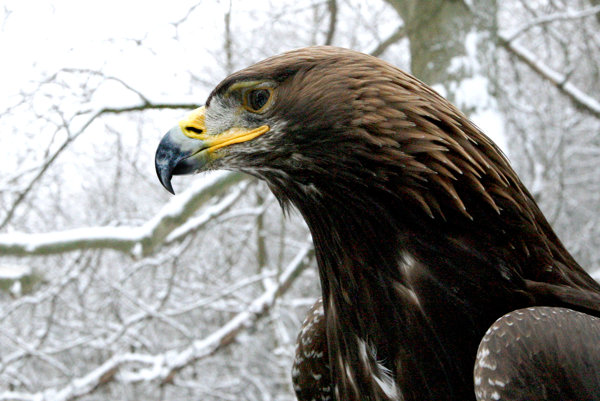 68 controllers checked specific locations in western, northern and eastern Slovakia in January, informed Jozef Chavko from Raptor Protection of Slovakia. The situation this year was more complicated because of snow and winter calamity in eastern Slovakia.

“All monitored species are precious in our territory and they require special attention. We gained valuable data about the locality that they prefer,” said Chavko as quoted by the SITA newswire.

“That will help when localizing nests, because if a pair had been there while winter counting, it is more probable to nest there,” continued Chavko for SITA, adding that is necessary to check nests regularly.

The count shows that there are only 10 to 15 pairs of the endangered species red kites, mainly in the west and east of country. In the winter the number raises, 25 red kites were counted in the west.

30 individual saker falcons and 52 eastern imperial eagles were noted, a lower amount than the last few years. However, there are more white-tailed eagles than the last years – 78.

“An important aspect is the international aspect of the counting, to not duplicate the data. Then we know the situation of whole Europe,” explained Chavko for SITA.