A third employee of the Slovak Foreign Ministry claims that the orders connected to the Slovak presidency of the Council of Europe in 2016 were not clean. 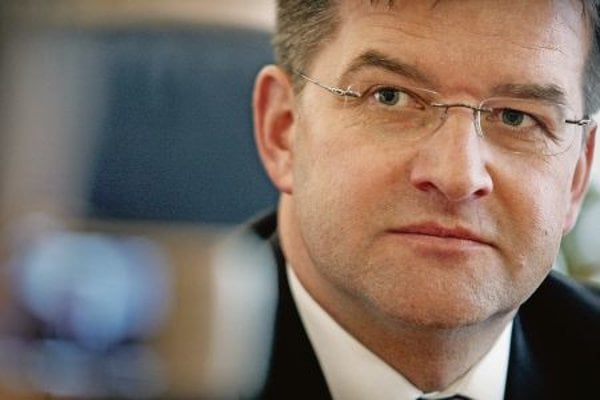 After Zuzana Hlávková and Pavol Szalai, Juraj Zelinka, aged 26, has now described his experience with the ministry led by Miroslav Lajčák, on the blog of the Transparency International watch-dog.

Zelinka started working at the ministry on March 1, 2016, and had a contract until the end of that year, when the presidency ended. His task was mostly to create and edit texts and take care of the administration of the presidency website.

After three weeks on the job, he was commissioned to oversee the public procurement for a short film about presidency priorities and advertising videos in which celebrities spoke about the presidency. Soon, he was told that the director Peter Nuňéz, or rather his firms, were to make the videos. He also says that the alleged media consultant Zuzana Tapáková, who is the subject of speculation regarding her promotion, participated in several meetings. The young employee opined for the Denník N daily that Ťapáková must have communicated with the Loco Agency of Peter Nuňéz also outside of the ministry.

The surprise came in mid-April when a market survey was proposed and three agencies were addressed – although the Loco Agency had already been working on the videos for several weeks.

Another weird thing was the publishing of the contracts, according to Zelinka. Instead a single contract with Loco, the order was divided into three parts and one was made with Peter Núňez as a natural person – so that it need not have be published in the Central Registry of Contracts, according to the law. Thus, the overall order seem cheaper, moreover.

Zelinka perceived the whole issue as an effort to manage the events and promotion surrounding the presidency on time, as he said for Denník N, but later it dawned on him that it was not right. He admited, though, that he published the story on the blog too late. “On the other hand, the investigation of the audit bodies is still ongoing, and I believe that this article can help what Minister Lajčák also mentioned – to objectively investigate the presidency orders and deals.”

He added that one of the reasons why the blog was published is that the ministerial leadership has refused to admit to any wrongdoing already for months, tries to hide information and does not react to requests for information as stipulated by the law. Zelinka added. The image it is trying to evoke is false however, according to the employee.

Film director Peter Nuňéz told Denník N that without his consent, the ministry sent the project of the Loco Agency to three different agencies for evaluation before the contract was signed. “Expert opinions were made by Mr. Vaculík of Made to Vaculik, Mr. Ruttkay of Young and Rubicam and Robert Slovák of the Respect APP agency," Nuňéz reacted. Only then, after all three opined that the budgets were on the edge of feasibility and under-evaluated, the ministry signed the contract. The director considered pursuing a lawsuit because of such unusual proceedings, but decided against it.

Nuňéz said he wanted the ministry to publish the whole communication with his agency to disprove any doubts. He added that the state order created a mere three percent of the annual turnover of his company. The ministry was also asked by Denník N to comment on the case but did not manage to do so.