The shortage of rental housing is cited as one of the reasons behind low mobility of the labour force. 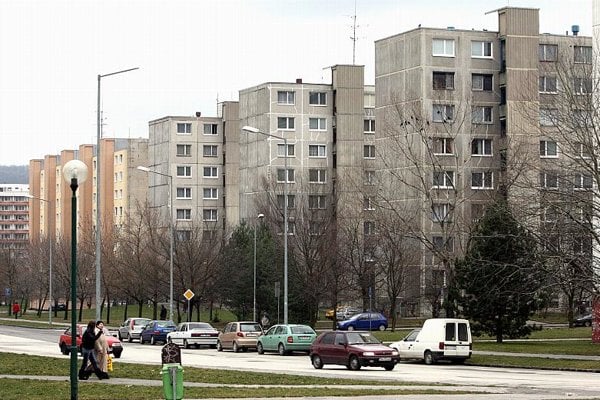 As much as 89.3 percent of the Slovakia's population live in their own flat or house. (Source: Sme - Pavol Funtál)
Font size:A-|A+

Commercial rental housing does not have a tradition in Slovakia as it fails to spark the interest of private investors. Thus the only rental apartments being built are those constructed by municipalities, but these are intended primarily as social housing. The Ministry of Transport and Construction would like to see the current support scheme for rental housing extended to include so-called, starter flats.

“The current housing situation in Slovakia is a result of the social and economic changes after the fall of the communist regime in 1989,” said Elena Szolgayová, general director of the section of housing policy and urban development at the Ministry of Transport and Construction. “In the late 1980s the composition of the housing stock from the viewpoint of ownership was comparable with progressive Europe.”

The change in the regime brought a significant drop in the construction of new housing. But it was especially the massive privatisation of apartments which changed the situation on the housing market in terms of ownership structure.

Under this process the state and municipalities enabled people to buy and assume ownership of the apartment in which they lived. 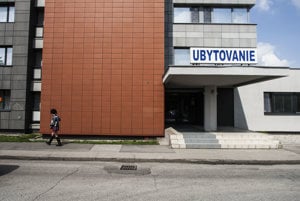 Based on the Eurostat statistics from 2015, as much as 89.3 percent of the country’s population live in their own flat or house, while 9.2 percent live in a rental flat or house, at market rates.

Only 1.5 percent of the population live in rental apartments for a reduced price or for free. Compared with the EU average and more developed EU member countries, the rate of property ownership in Slovakia is quite high. While on average 69.5 percent of EU residents live in their own flat or house, in Austria it is 55.7 percent and in Germany even less, 51.7 percent. Rental housing at market prices accounts for 29.6 percent of the housing market in Austria and 39.9 percent in Germany, Eurostat reads.

Though the Transport Ministry does not have exact statistical data, it estimates the number of rented apartments at more than 100,000. This accounts for almost 6 percent of the total inhabited apartments in Slovakia. About one half of them fall under the private sector and the second half is part of the public rental housing. This means that approximately 50,000 apartments are rental apartments with regulated rental rates. Most of these apartments are owned by municipalities and almost 40,000 of them were supported by state subsidies between 2000 and 2016, said Szolgayová.

Slovaks prefer living on their own property as they consider it to be a good investment, while owning a home adds to their social status.

“The reason why Slovaks prefer to own real estate might lie in their stance on investing and preserving wealth, but it also has roots in history,” said ČSOB senior economist Marek Gábriš as cited by the TASR newswire last October.

Developers agree saying that when Slovaks have the possibility to decide between purchasing their own apartment or house and renting for about the same costs, they have a tendency to prefer the former. Simultaneously, for developers it is economically more beneficial and less complicated to build residential real estate to sell as opposed to long-term rental.

“The current situation is thus a consequence of a low demand for rental housing and a low number of offers,” Juraj Suchánek from the Institute of Urban Development (IUR) representing builders and developers told The Slovak Spectator.

Daniela Danihel Rážová, director of the real estate agency Bond Reality and head of Slovakia’s Association of Real Estate Brokers, sees behind the low share of rental housing a lack of money for support of such housing on the side of the state, and the rather uninteresting economic returns on the side of investors.

“The construction of rental housing is not interesting for investors because of high investments and low yields bound to an overly long time period,” Danihel Rážová told The Slovak Spectator. “They profit much more and faster in commercial construction [i.e. when they construct apartments and sell them immediately].”

For investors it is even uninteresting to rent unsold apartments in new projects.

“Developers want primarily to sell; the return from rentals is not effective,” said Danihel Rážová, adding that investments into repairs after potential rentals would decrease the rate of return on the investment.

Danihel Rážová estimates that individual owners rent about 10-15 percent of the total housing stock in Slovakia, but she does not have any concrete statistics.

“There may be enough apartments for renting, but prices are comparable with a mortgage and thus the lower income group cannot afford such rentals,” said Danihel Rážová.

Who should build rental housing?

As a consequence of the market’s development, it is especially municipalities that are building rental housing in Slovakia. But this kind of housing is intended for citizens who, due to their income or social situation, cannot afford their own housing. For this type of rental housing a system of social housing was created. It is supported by a combination of state subsidies and soft loans from the State Housing Development Fund (ŠFRB).

Developers and investors would like to see the spectrum of builders of rental housing become more diverse.

“The ideal situation would be if various subjects build apartments to rent,” said Suchánek. “The diversity of builders would also be good regarding the diversity of the offer.”

The private sector would satisfy the standard offer for various target groups on the commercial base, while municipalities might focus on the construction of social housing, rental housing for teachers or other specific groups of residents, Suchánek added.

The state is also trying to stimulate the interest of investors in building rental housing.

“The first step was enabling legal entities to get a soft long-term loan from ŠFRB under the same conditions as municipalities [as of 2014],” said Szolgayová. “But to increase the interest of entrepreneurs more significantly, other motivating instruments may be necessary, especially in terms of taxes. However, this way is improbable during the time being.”

Currently, the Transport Ministry is working on a revision to the law on subsidies for development of housing and social housing.

It should be effective as of 2018 and, among others, it also introduces a new type of rental apartment – the so-called starter flat. It should be no bigger than 50 square metres and a person should be able to rent it for a maximum of six years. Such apartments should support mobility of the labour force.

“Such apartments should be built where there is a possibility of employment, i.e. in towns and localities with bigger investments,” explained Szolgayová.

Developers, investors and builders are calling for more predictability and less discrimination in terms of potentially supported subjects. Under the current conditions legal entities, contrary to municipalities, are not entitled to state subsidies, but can qualify for soft loans from ŠFRB.

“The product should be of key importance – a rental apartment with certain parameters – and not the subject that is building it,” said Suchánek.