The 75th anniversary of first Jewish transport in Slovakia commemorated

During a day of commemorative events, Kiska reminded us that for evil to prevail it is enough that good people do nothing. 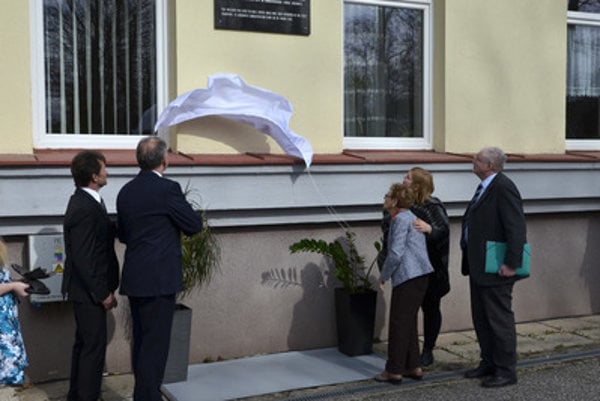 On March 25, President Andrej Kiska unveiled a commemorative plaque on the façade of the grammar school in Kukučín Street in Poprad to mark the 75th anniversary of the first transport of Slovak Jews to the Auschwitz-Birkenau death camp.

Jewish girls were held in the building before being transported to the notorious Nazi camp on March 25, 1942. “The girls didn’t know what awaited them,” Kiska said, as quoted by the TASR newswire. “Only 20 survived – out of 1,000. It was a great honour for me to meet today one of the survivors, Edita Grosmanová, who was 17 at the time. I spoke to her, and she told me that she begs us for one thing – she wants people to realise that human beings aren’t divided according to their religion and skin colour. They aren’t divided into Jews, the Roma, Muslims, but remain people first and foremost and should always be viewed as such,” said Kiska. 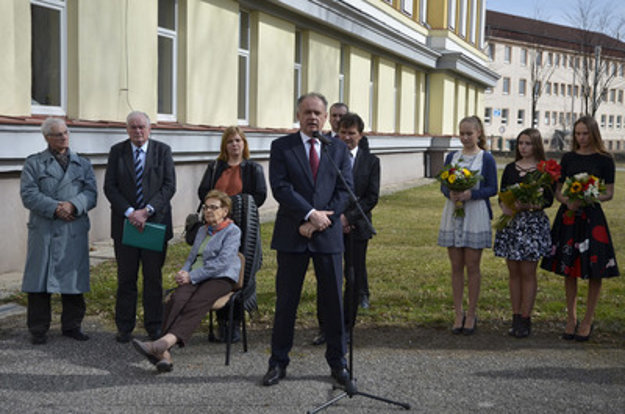 The 1942 deportations of Slovak Jews were carried out according to a Jewish Code adopted in September 1941.

“Young girls began to be assembled as of March 20 and 21, 1942 to be transported, purportedly to work in Poland,” Stanislava Šikulová from the Slovak National Museum’s Museum of Jewish Culture told TASR. “A total of 3,670 girls were taken away in the first four transports, with further trains carrying boys older than 16. Then as of July the Slovak authorities via Slovak Railways began transporting entire families, including children and the elderly.”

“There are a few experiences which I remember,” one of the survivors of the transport, Grosmanová, aged 92 and living in Canada, said as cited by the Sme daily. “When we launched the Death March on January 18, 1945, and we were not able to walk, as the snow was knee-deep, those lying were shot down. And we others watched it,” she said, adding that she thinks she survived because God wanted her to tell her stories further to others, as a messenger. She also noted that she was the person “to open the camp and also to lock it” – she is the last survivor of the Poprad transport. 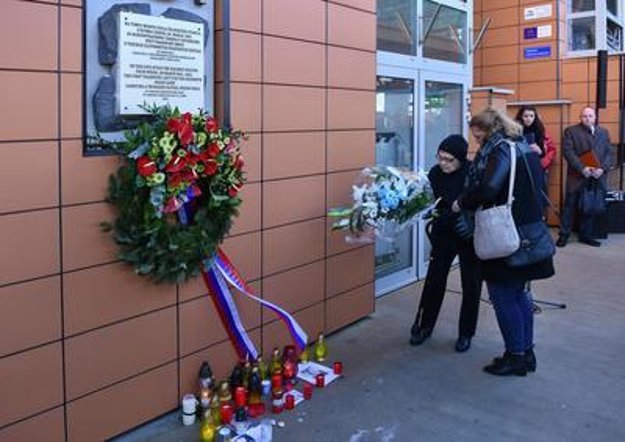 The anniversary commemorative event in the eastern-Slovak city of Poprad (in the Prešov Region) continued the whole day of March 25 – with a documentary, a conference and exhibition opening at the local Tatra Gallery, and finishing at 20:20 at local railway station at the hour and the place where the infamous first transport started – with lighting candles. On March 26, a wreath-laying will take place on the same site.

Currently, the dark ghosts of the past are being revived again, Kiska said: “As extremists and anti-Jewish and anti-Roma sentiments are re-emerging, we frequently ask ourselves what we should do,” the president said. “I don’t know the exact answer, but an old piece of wisdom says that very little is needed for evil to prevail. It’s enough if good people do nothing,” said Kiska, according to Sme.