Bratislava saw a historical moment on April 2, 2017: for the first time, a Slovak long-distance athlete won a marathon in Bratislava. 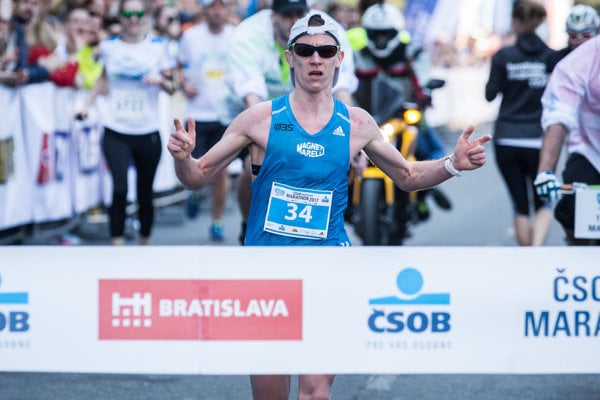 The feat that was not accomplished in the 1930s at the Štefánik Marathon (1932-1937), nor in the 1990s at the Danube Marathon Hainburg-Bratislava (1991-2001), was made at the 12th edition of the ČSOB Bratislava Marathon: a Slovak won a marathon on Bratislava turf.

On April 2, Jozef Urban of the TJ Obal Servis Košice club won the 42 km race with a time of 2:29:44 hours; such a time could be the winning time as African runners were absent.

“We are very happy that finally we succeeded, but we also rejoice due to the record number of participants – as well as viewers around the track,” head of the ČSOB Bratislava Marathon Jozef Pukalovič told the SITA newswire. “This was helped also by weather – although it was not ideal for long-distance disciplines. Our three main wishes came true: more than 1,000 marathon runners on the starting line, more fans along the track, and a Slovak victory in the men’s marathon.”

Urban, aged 31, is a trainee of the coach Pavol Madár. This is his third time as a Slovak Champion (2012 and 2013) although at different race lengths. It is noteworthy that he also started his marathon career in Bratislava, in 2011, when he ended up 11th best among Slovaks. Boris Kotman (Dynamo Dolný Kubín) and Czech Jan Zemaník were placed behind him.

"I am very happy that I won,” Urban said, as quoted by SITA. “It is a superb feeling. My left leg, which was recently injured, failed a bit: six kilometres before the finish, it started hurting, but I kept on. This is the second triumph in a marathon in my life; the first one is from Rajec. Today, the weather was slightly warmer that we are used to. I believed I could do it under 2 hours and 30 minutes. I succeeded. I have won the champion title and become the first Slovak winner of the ČSOB Bratislava Marathon.“ 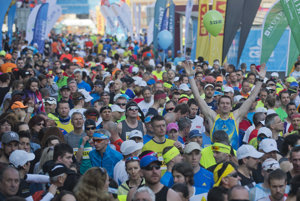 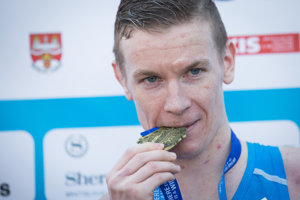 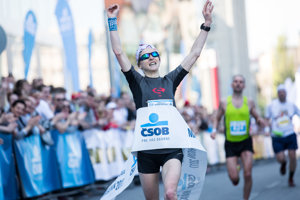 The women’s marathon was won by Czech Michaela Mertová (Štefko Running Team, aged 41), in her debut victory and debut in the marathon, with a time of 2:51:49. Second and third place went to German Ulrike Schwalbeová (3:01:42), and Slovak Sylvia Šebestian (SR/AŠK Skalica; 3:05:01).

A record number of runners were registered for the races over the weekend with 11,756 athletes in total, with 2,677 of them running the half-marathon, 1,091 the marathon, and the rest in other disciplines, including the mini-marathon (4 kilometres), SITA wrote. The limit for the number of runners was already filled four days before the marathon.