The Interior Ministry's stance that it's all about the money seems strange compared to the value they want to provide, says Eset. 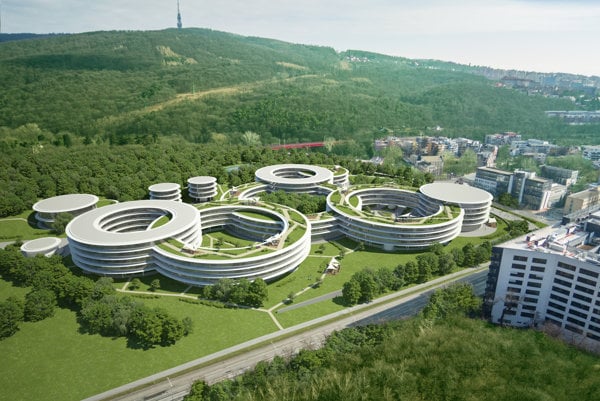 The visualisation of the new Eset R&D Campus by a11 atelier. (Source: Courtesy of Eset)
Font size:A-|A+

The Slovak company Eset, one of the most successful security software producers in the world, wants to build a brand new Research and Development campus on the premises of the former military hospital located in the Patrónka borough of Bratislava. It is prepared to invest into the premises as much as €100 million, except money invested into the purchase of the land which is owned by the Interior Ministry.

“We would like to build a cutting-edge R&D centre, which would be at the same time the company’s headquarters,” explained Palo Luka, chief operating officer at Eset.

The Interior Ministry is searching for a new owner of the nine-hectare premises via a public tender currently in its fourth round. There are three bidders: Eset, Forest Hill Company by František Hodorovský, and Forespo Reality 10 close to Poštová Banka. The latter is part of the financial group J&T. 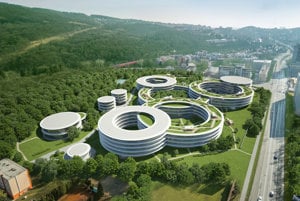 Earlier in March, representatives of Eset met with Interior Minister Robert Kaliňák. They introduced him to their plan for the R&D centre while they informed him about their willingnesw to increase their bid up to the highest level in the latest round of the tender.

Kaliňák reiterated that the only criterion in the tender is the price.

“Everywhere in the world such a type of investment is welcomed,” said Marko, adding that the Interior Ministry should be also interested in cyber security, what is exactly the field in which Eset is doing its business. 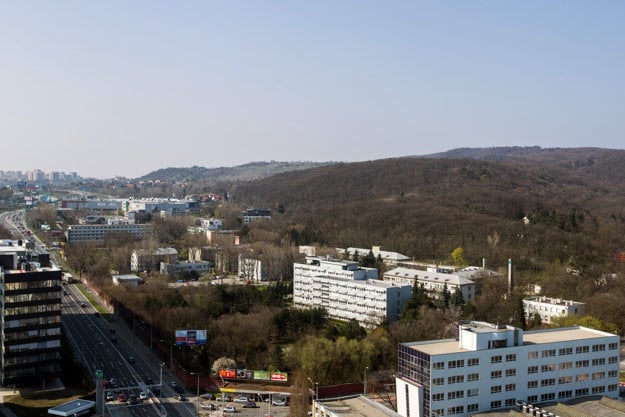 The current premises of the military hospital at Patrónka. (Source: Sme)

The ministry originally wanted €33 million for the premises. Bids of the fourth round of the tender should be assessed by April 10.

It consists of buildings in the shape of circles with a lot of green as it borders with a popular recreation area Železná Studnička. There should be new headquarters for Eset, labs for students, a centre for startups and a kindergarten for children of Eset employees while other features like underground garages, a sport pavilion, auditorium for 700 people, cyclopaths and others should serve also to the general public.

Eset has problems finding quality people in Slovakia, as do other companies in Slovakia, and hopes that the new centre may be attractive enough for talented workers from Slovakia but also other countries to work here.

The visualisation of the possible centre is preliminary. Eset indicated that in case it acquires the premises of the former hospital, it will announce an architectural competition for the new centre.

After Eset unveiled its plans to build a new centre, it received offers to build at other places in Bratislava or in other parts of Slovakia. It also received an offer to move to Austria.