There are efforts for positive changes in Roma community

The many active Slovak citizens we met – of both Roma and non-Roma heritages – give me optimism that future International Roma Days will give us more to celebrate, US envoy writes. 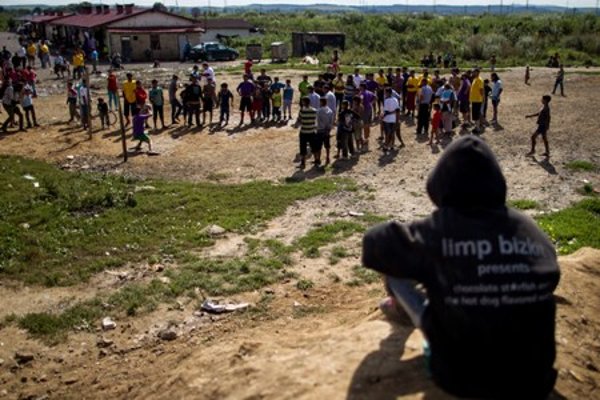 International Roma Day – celebrated on April 8 each year – is an opportunity to celebrate Roma, who have been an integral part of the rich cultural tapestry of Slovakia for hundreds of years. Roma number an estimated 10 to 12 million across Europe, while one million American citizens of Romani descent live in the United States. The United States marks International Roma Day each year to signal our commitment to the inclusion and equal treatment of all Roma and commend the activists and ordinary citizens who fight every day to end discrimination.

Last month, my wife, Veerle, and I had the opportunity to travel through Eastern and Southern Slovakia to visit Romani communities and local leaders. We were inspired by the many people we met, Roma and non-Roma alike, who work daily to promote social inclusion and equal opportunity for Slovakia’s citizens of Romani heritage. In Košice, the Poradňa NGO explained how they use the Slovak courts to fight segregation and discrimination. Lunik IX Mayor Marcel Šaňa told us about measures he has taken to improve security and build new housing for residents. In both Lunik IX and Moldava nad Bodvou’s Budulovská settlement, we met with remarkable teams of community assistants who facilitate care and promote health awareness among locals residents. Community center staff in Budulovská and Veľký Krtíš described how they promote educational opportunities and sustainable housing for Roma. In Rimavská Sobota, we met a US exchange program alumna who is implementing a mentorship program to promote youth entrepreneurship, which includes local Roma among its participants.

The last municipal elections saw a record number of Roma elected as mayors and city councilmen, many of whom have benefited from grassroots activism training offered by the National Democratic Institute (NDI) of the United States. In Barca, we met with a group of Romani mayors from the Gemer region, who told us about the association they have formed to improve employment and living conditions in one of Slovakia’s poorest regions. These mayors represent small municipalities, but they are thinking big. I was especially moved to have my photo taken with them in front of Barca’s memorial to victims of the Romani Holocaust. The Mayor of Moldava nad Bodvou, who accompanied me to Budulovská, explained efforts to improve infrastructure and relations with police in the settlement and foster cohesion in a truly multi-ethnic town. Drawing from my personal and America’s national experience with discrimination, I also had a stimulating discussion with high school students in Veľký Krtíš about our shared values of diversity, equal opportunity, and respect for all.

During our trip, we saw first-hand the substantial challenges that remain for Roma in Slovakia. At the same time, we were encouraged by the many examples of local initiatives that have brought real progress and deserve greater support. We must not give in to cynicism. The many active Slovak citizens we met – of both Roma and non-Roma heritages – give me optimism that future International Roma Days will give us even more to celebrate.