The Interior Ministry will hold an auction for premises of the former military hospital in Patrónka. 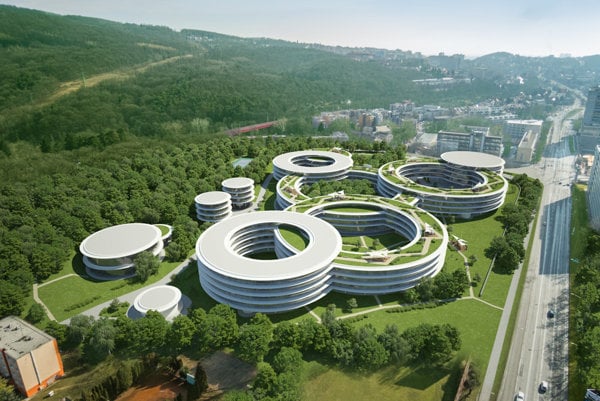 The Slovak company, Eset, one of the most successful security software producers in the world, will still have a chance to acquire the premises of the former military hospital located in the Patrónka borough of Bratislava, even though it has offered the lowest sum in the ongoing public tender. The Interior Ministry, the owner of the premises, has extended the conditions of the tender as well as its deadline. Originally it was expected to announce the final winner on Monday, April 10.

“The St Michal hospital [owned by the Interior Ministry], as the promulgator of the tender, has extended the deadline for the announcement of the results to May 15,” said Andrea Dobiášová, spokesperson for the Interior Ministry, as cited by the trendreality.sk website, adding that the conditions of the tender have changed as well and there will now be an auction to select the buyer.

The ministry will announce the terms of the auction after April 24.

Eset are considering their participation.

“It is probable that we will participate in the auction,” said Zuzana Hošalová, spokesperson for Eset. “But we will be able to confirm this only after we read through the changed conditions.”

The Interior Ministry is searching for a new owner for the nine-hectare premises of the former military hospital, via a public tender. During the fourth round there were three bidders: Eset, the Forest Hill Company of František Hodorovský, and Forespo Reality 10. The latter is part of the J&T financial group.

The former military hospital remained empty after the Interior Ministry built the brand new St Michal hospital in downtown Bratislava which was opened in 2015. The ministry wants to use the money obtained from the sale for the extension of the new hospital and the purchase of equipment.

Earlier in March, representatives of Eset met with the Interior Minister, Robert Kaliňák. They introduced him to their plan for the R&D centre and informed him of their willingness to increase their bid to the highest level in the latest round of the tender.

Eset wants to build a brand new Research and Development campus on the premises of the former military hospital. It is prepared to invest as much as €100 million into the premises, excluding the money invested in the purchase of the land.

It addressed architects from the a11 atelier to draw up the new R&D centre for them. The proposed design was inspired by the headquarters of the Apple company in Sillicon Valley.

The new centre consists of buildings in the shape of circles with a lot of greenery around its border with the popular Železná Studnička recreation area. There will be new headquarters for Eset, labs for students, a centre for startups and a kindergarten for the children of Eset employees, while other features like underground garages, a sports pavilion, an auditorium for 700 people and cycle paths will also be available to the general public.