For Hámor it was the last peak out of 14 eight-thousanders in the region. 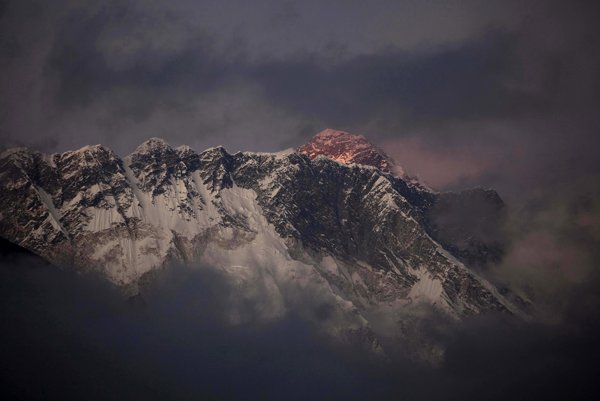 Slovak climbers Peter Hámor, 52, and Michal Sabovčík, 30, successfully climbed the eight-thousander Dhaulagiri (8,161 metres) in the Himalayas on May 15. Sabovčík himself reported their achievement on social networks. The climbers already returned to the base camp.

With this climb, Hámor completed the ‘Crown of the Himalayas’, the list of all 14 eight-thousanders in the region. For Sabovčík, it was his first. Hámor had planned to climbed Dhaulagiri in 2009 but that attempt failed and Hámor's co-climber died during the ascent.

On Sunday May 14, Hámor and Sabovčík reached the height of 7,250 metres where they overnighted. The next day they continued onwards and reached the peak. Their steps could be watched online via GPS.

Hámor’s project, called Himalayaadventure XXVII started on March 10 flying from Bratislava to Kathmandu in Nepal. The climbers reached basecamp at a height of 4,500 metres on April 13, however the climb was complicated by the weather and at the C2 camp they lost one tent. The project will last until June 2, when the climbers will return to Slovakia.

Peter Hámor from Poprad conquered his first eight-thousander in 1998 when he climbed Mount Everest (8,848 metres). Over the following years he reached the peaks of another thirteen eight-thousanders.

Dhaulagiri was climbed for the first time in 1960 by the members of a Swiss-Austrian expedition. Later in 1988 Slovak Zoltán Demján with two Kazakhs reached the peak.