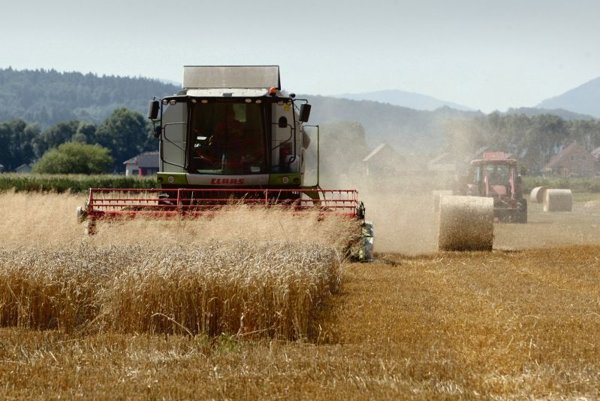 MP Tibor Bernaťák from the coalition partner, the Slovak National Party (SNS), which sponsored the bill, said that land protection was a priority issue for the party. “Slovakia is currently exposed to the threat of so-called speculative buyouts of farmland and so the SNS has submitted a draft constitutional bill that seeks to enact a framework for protecting land from speculative purchases that might have extensive negative consequences,” he explained, as quoted by the TASR newswire.

Speculative buyouts of farmland involve purchases that are not aimed at farming purposes, he added. Slovak food security might be threatened in the future. Also, some farmers who are unable to compete with their counterparts in the single EU market may find themselves in an even more disadvantaged position.

Party colleague, SNS MP Eva Antošová, said that the party views land as national wealth that is irreplaceable, cannot be produced and is of similar importance to humans as water. “Within the change, we have proposed amending Articles 20 and 44 of the Slovak Constitution,” she said. “Current legislation considers land as any other type of goods. We've never found this to be correct, and so we've decided to tackle this issue.”

As a result of the amendment, the Constitution's Article 44 will include a definition stating that land is “an irreplaceable natural resource that is subject to special protection by the state and society”. Apart from the constitutional amendment, laws are set to be adopted that will impose more stringent conditions on land acquisitions and sales, both when involving companies and farmers.

Agriculture Minister Gabriela Matečná (also an SNS nominee) welcomes the passing of the draft amendment, as she considers “land to be irreplaceable and ever more and more scarce, due to climatic change and the growing world population”. She added, according to TASR, that “the farming and forest land is the national wealth of all citizens of Slovakia; we need to protect it and prevent speculators from abusing it.” The minister added that land also represents the state's food safety and that the ministry has been working intensely on the amendment to the law on acquiring ownership of farmland which will be based on the passed amendment to the Constitution and which will improve the approach of active farmers to the soil.