The online retainer lures its future workers by wages and benefits. 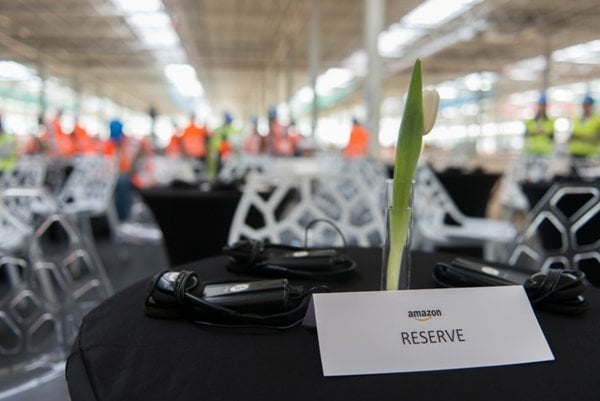 Though Amazon, one of the world’s largest online retailers, refuses to make public the price-tag of a state-of-the-art returns centre it is now building in Sereď in western Slovakia, it did reveal the remuneration packages for entry-level positions. It hopes that by what it calls one of the highest wages in the sector, it will manage to recruit the 1,000 workers it plans to hire over next three years.

“Opening of this specialised returns centre is a reflection of our need to maintain the current level of service and certainty for customers as we continue to grow,” said Roy Perticucci, Vice President of the Amazon EU Customer Fulfillment, when showing the construction site to government representatives as well as journalists on May 12.

But experts warn that in this region, with its low jobless rate and plenty of work opportunities, the pool of free workers is shallow and the American company will have to “steal” workers from other companies.

Amazon has already started the recruitment process for entry-level associates. Hourly wages start at €4.6 per hour, up to €6.5 per hour. Amazon offers an additional 20 percent bonus for attendance and performance.

Thus if an entry-level employee works for Amazon full-time, together with a 20 percent bonus he will make over €920 per month. On top of that he will receive the 13th month bonus, along with a benefits package including: life insurance, additional pension insurance, private health care and the Career Choice programme. Under the latter, Amazon pre-pays 95 percent of tuition fees for entry-level employees who have one year’s tenure, for four years.

In the district of Galanta to which Sereď belongs to, the jobless rate in March was 2.88 percent with 1,455 jobseekers able to take a job immediately based on data from the Central Office of Labour, Social Affairs and Family (ÚPSVaR). Vacancies in this district number about 1,800. 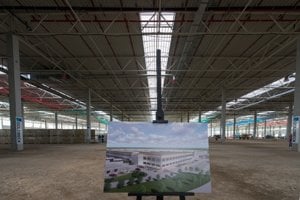 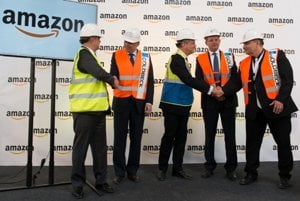 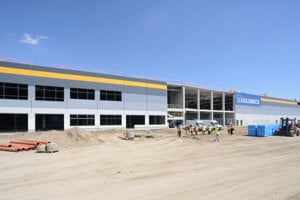 In nearby towns the situation is similar. This region is highly industrialised with plenty of work opportunities. As the biggest competitors to Amazon, experts mention carmakers Volkswagen Slovakia in Bratislava, PSA Groupe in Trnava, and Jaguar Land Rover which is just building its plant near Nitra, as well as Samsung in Galanta.

For example, the average gross monthly wage including bonuses for blue collars at the Trnava carmaker is €1,330 and the company still struggles to find enough workers.

Jaguar Land Rover has promised average wages of around €1,200.

Amazon is optimistic and its objective is to become an employer of first choice in Slovakia.

“We hire and develop the best; we don’t hire just anyone – our logistics is at the heart of the Amazon experience,” said Perticucci. “Amazon is growing at a pace that requires the best and brightest talent to be brought in to our company to help us continue to make history.”

The returns centre in Sereď will be not the first operation of Amazon in Slovakia. It already operates a shared service centre in Bratislava which opened in 2011 and now has 850 financial and HR managers working there, as well as managers for contact with consumers and sale support and analytics. The American company has plans for its further expansion.

Also there were rumours, back in 2014, that Amazon might build a distribution logistics centre near Malacky. But nothing of this sort has materialised. 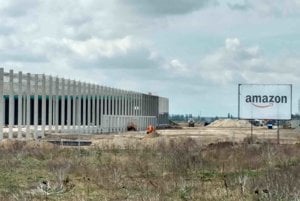 Now Amazon has chosen, out of all potential places in Europe, an industrial park next to Sereď, about 60 kilometres from Bratislava, comfortably accessible by the D1 highway and R1 dual carriageway, to build a state-of-the-art returns centre to serve customers across the European Union. The company announced its arrival in Sereď in March.

There are key factors Amazon considers when selecting a new place for its facility. The first is whether there is a pool of potential employees large enough. Secondly, Amazon needs transparent legislation and rules that permit timely new construction and 24-hour operation, seven days per week. The last but not least is good infrastructure.

“We are very happy to have found all these elements in Sereď,” said Perticucci.

Economy Minister Peter Žiga stressed that Amazon’s investment, which he estimated in the tens of millions of euros, goes neither into the industrial production nor the automotive industry by which it contributes to a better division of investments in the country.

“It is also important due to its added value as Amazon plans to launch its latest technologies here,” said Žiga.

Finance Minister Peter Kažimír pointed out that even though Amazon’s investment in Sereď would have managed to qualify for state investment stimuli, the company has not applied for it.

Only Sereď received a subsidy to build this industrial park. Also, those commuting to Sereď from longer distances may get a state contribution. 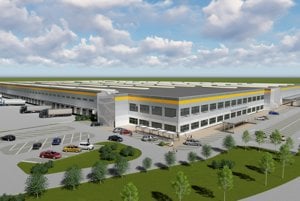 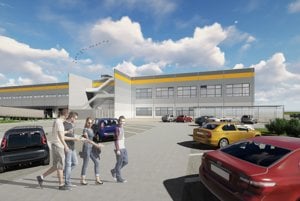 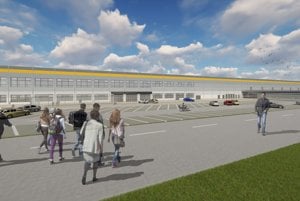 Visualisations of the returns center in Sereď (5 photos)

In Sereď workers will deal with returned items, either those that failed to be delivered, or those returned by customers. People either return items when these do not meet their expectations or if they are not satisfied with them. Online shoppers also often order clothes or footwear in several sizes and keep only those that fit. The others they return.

The Sereď centre will be the biggest and the most modern reverse logistics centre Amazon has, promises Perticucci. It will use Amazon’s newest hardware and software solutions available in the network. 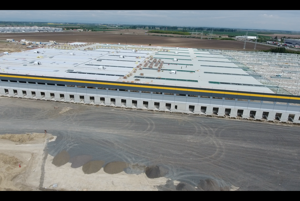 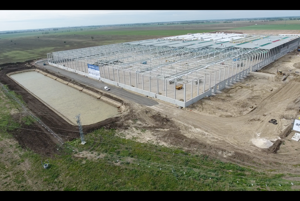 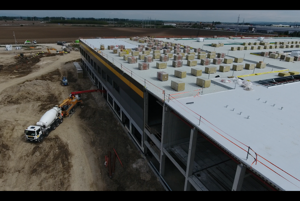 Construction of the returns centre from above (10 photos)

The new centre will be over 60,000 square metres and it will have over 1,000 workstations of various types. These workers will check the returned items and decide whether they can be re-sold, returned to a vendor, used in another way or destroyed.

Operations of a returns centre are more demanding and complex than of a traditional distribution logistics centre. Costs may also be several times higher.