Archaeologist pieces together early history of what is now western Slovakia

For an archaeologist, the most important thing is his most recent rare discovery, says Július Vavák. 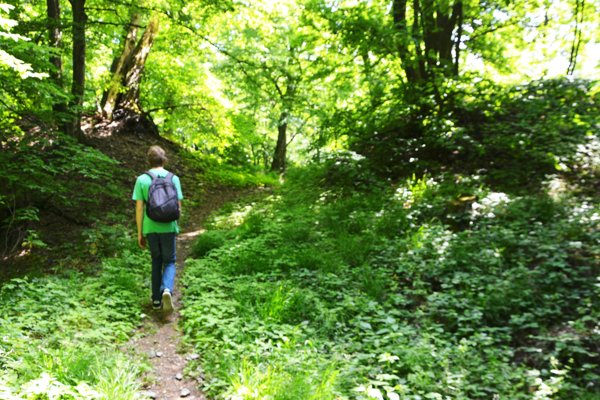 Vavák has found the first Arab coin from the area of the Great Moravia Empire, at the site in Svätý Jur, the now small town outside Bratislava that once was one of the most important Slavic castles in the region.

What, in your opinion, are the most important discoveries from Svätý Jur? What will happen to them?

Sometimes you say to yourself that you have discovered a really awesome object. But there are many awesome discoveries from the fort that took a few years to find, like a deposit which included jewellery (earrings, a knob pendant and a ring), a knife, a spear and a vessel. Another significant discovery was of a quadratic building on stone foundations from the Great Moravian period, which has few comparisons. For an archaeologist, the most important thing is his most recent rare discovery. For me, this is a coin, a dirham from the times of the Abbasid caliphate, or Arab Empire. We have many different coins from the fort: Roman coins, one Celtic coin and others from the 17th century. But this one is extraordinary, even though it is incomplete and quite damaged. It is from 867 and was emitted by Caliph Al-Mu´tazz. It is the first Arabic silver coin found in Great Moravia. Some evidence of metal working was also found near the coin. We can read about these discoveries in articles and sometimes even see them at some exhibitions, but I am trying to keep some of the discoveries secret... I am trying to protect the site of the discovery from looters with metal detectors.

Július Vavák (born 1977), studied archaeology and history at the University of Constantine the Philosopher in Nitra. He works as an archaeologist at the Little Carpathian Museum in Pezinok (Malokarpatské Múzeum v Pezinku). One of his most notable scientific projects is the research of a medieval fortress in Svätý Jur.

What is the function of the fort of Svätý Jur within Bratislava Gate – compared to other forts from that period?

We have some ideas, but we are not sure. Its function in the 8th century was especially military-strategic. We cannot forget the fact that the builders of the fort were Slavs friendly to the Avar Khaganate, but experts never thought about it this way because some of our discoveries had been missing at the time. The artefacts from the 9th to 10th century tell us that the fort was an important military refuge, but we also know that it was a manufacturing centre and a very populated place. The castles and hillforts in Bratislava and Devín were also border fortresses. We know that the monarch of Great Moravia, Rastislav, occasionally resided from time to time at the Devín castle, and from a Frankish source we know that it was called Castle Dovina during that time. This castle and three other small forts at the foot of Devinska Kobyla protected both the ford of the Morava and the Danube rivers and the crossroads of trade routes. The castle looks like it could have belonged to the Moravian part of the Great Moravian Empire. Bratislava castle, also known as the Preslava castle, was an interesting place, too, and very likely one of the most important castles of the Nitra principality. It is possible that our castle in Borinka - a hillfort in Svätý Jur (whose name we do not know) and two other forts on the other side of the Little Carpathians – sat on the borders between the joined principalities Nitra and Moravia. I think that the castle of Svätý Jur supplied castles in Bratislava and Devín with products and military support, as well as possible refugium at the rear. The fort in Svätý Jur was probably one of the most important castle in the region, just after Preslava and Dovina, although each castle had its own function. 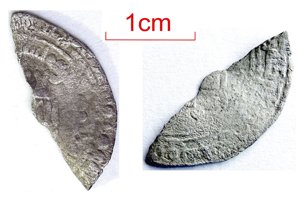 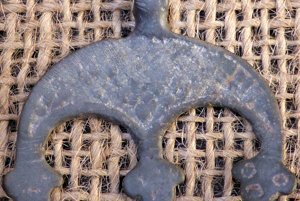 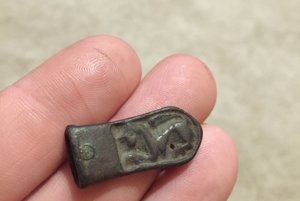 Can you say more about the protection of the ancient roads leading through the Little Carpathian valleys during the early Middle Ages?

The protection of the roads was provided by castles, and we can see this in the affiliation of Borinka with Svätý Jur. It is also possible that the trade caravans were also protected by armed men. The Carpathian passes could have been safe during times of peace, but protection of the roads was important. The Great Moravian people had to be able to deliver rare goods, and the traders needed a feeling of security.

The site with the remains of the earthworks is situated on the mountain ridge of the Little Carpathians above Svätý Jur, at a height of 342 meters above sea level. In 1963 the archaeological site became a listed National Historic Landmark officially called the Hillfort Neštich. The mountain where the fort is built is called Handrlák. The ruins of the former fortress are in the woody outcrop above the cottage area. They are identified by mighty, still preserved mounds of the elliptical acropolis and two younger horseshoe-like lower fortifications connected to the acropolis from the northwest. On the two sides of the valleys under the fort are two tributaries of Starý potok (the Old Creek). The length of the fort, including both wards, is about 680 meters. The area of the fort is about 8,5 ha. The wall on the northwest was double what it is today, and in the area between the first and the second ward, it was triple. The height of the preserved wall from the bottom of the moat is about 11 meters.

Are there traces of the manufacturing or trading activities that might have taken place at the Hillfort in Neštich?

Trade activities are confirmed by discoveries of the coins. One was found in the forest in the direction of Rača, and we can connect this coin to the activity of traders in the second half of the 8th century. Another bit of evidence is the Arabic silver dirham from the second half of the 9th century, which can indicate the activity of the Oriental traders like the Arabs, the Persians, the Jews. Manufacturing is documented by discoveries of iron slags, blacksmiths’ tongs, axe-like hryvnias (or “grivnas”, like ingots) which might have been used as currency. More recently we have found a place where jewellry may have been produced, and we can link this workshop to an Arabic coin which could have been used as a source of silver. The oldest medieval object that could be proof of trade is a fragment of a glass whorl, similar to one found in the territory of the Frankish Empire, dating from the 6th and 7th century and the times of the Merovingian dynasty. Further evidence of trade or local manufacturing is seen in the numerous discoveries of iron products, coloured metal, and ceramics.

How was the fort defence system designed?

The defence system was formed gradually. We think that the predecessor of the massive wall of the acropolis had been built by the second half of the 8th century. The bulwark of the acropolis was later reinforced with a wooden slatted construction, which was protected from the front by a stone parapet. The thickness of the biggest walls was at least 4.5 meters. But we also need to take into consideration a palisade which could have been about two meters tall. The height of the wall might have been the same as its thickness. The walls of the acropolis and the first ward were lined from the inside and outside by moats, and both parts of the fort were protected in the more accessible northwest part by additional walls and moats.

Who conducts research at the fort, and how is it financed?

We have been doing surveys at the hillfort since 2006 with breaks. At the beginning, we cooperated with the Archaeological Museum of Bratislava and the Archaeological Institute in Nitra. At the moment we are using our own resources. But our research cannot continue without temporary workers, mostly students of archaeology. Most of the money is used as wages for the temporary workers. Only rarely do we have volunteers who work for free. The advantage of working with students is that we can assign which duties each person will have and how much work he or she will do. In 2017, this archeological research project has been supported using public funds provided by Slovak Arts Council

What does the work of an archaeologist look like?

It has different phases, including seasonal fieldwork and creative scientific work, but these often overlap. Creative scientific work means processing the findings, writing survey reports, studying literature and writing professional and popular scientific articles, as well as participating in professional events. Archaeologists in a museum have a more difficult job, since their work also involves caring for collections by ensuring safe storage and good air conditioning. Their preservation work includes recording findings and organising exhibitions.

How are the locations of the probes chosen?

Archaeologists look at a combination of details in cooperation with the Monuments Board. Placing the probe must be done carefully, and it depends on both the configuration of the field and the areas modified by man. Terraces and platforms are the best. An important step in choosing the location is compiling previous discoveries and collections of artefacts, often using metal detectors and geographical surveys.

Can we compare this hillfort with Bojná? Are you following the progress of research there?

Yes, of course, but there are some differences, since Bojná is not just one hillfort. Unlike Svätý Jur, Bojná is a concentration of several fortifications. A couple of similarities are found in comparing the strength of the walls and the great status of both hillforts. The difference is in the progress of exploration - Bojná is better off. It is surveyed by a complete team managed by several archaeologists, and an open-air archaeological museum is being built at the site. But we have reached some important conclusions at Svätý Jur, too. The results of our colleagues from Bojná are indirectly helping us in our work, and we are trying to recast our effort into our own publication.

Are there any traces of Christianity at the hillfort?

Not that we have formally identified, but there is no doubt that a considerable part of the population there were Christians. We also know that many of the old habits from the traditional religion continued – many people may have even confessed to both religions. Evidence of surviving pagan ideas might be Moon-like pendant, used as amulet to protect women from evil. We are also trying to find a possible Christian church.

What is next for the researchers?

In the following season, we are planning to survey the remnants of the above-mentioned smaller bank at the second ward, and from the older sections, we want to obtain residues of wood for dendrochronological analysis to determine their age. We would also like to use radiocarbon analysis C14 to determine the age of other objects, especially remnants of housing. We need to obtain information about generic representation of the farm or hunted animals, as well as the preserved remains of seeds of plants consumed at the site and types of trees used in construction. We are also planning geophysical research and laser scanning of the land surface to detect possible foundations of buildings. More than 90 percent of the area is still untouched.

This text is published as part of the European Wanderer project of students from the Grammar school of St. John Baptist de la Salle in Bratislava. It was selected as the best work in the class in May 2016. Read more about this project at the www.lasalle.sk.