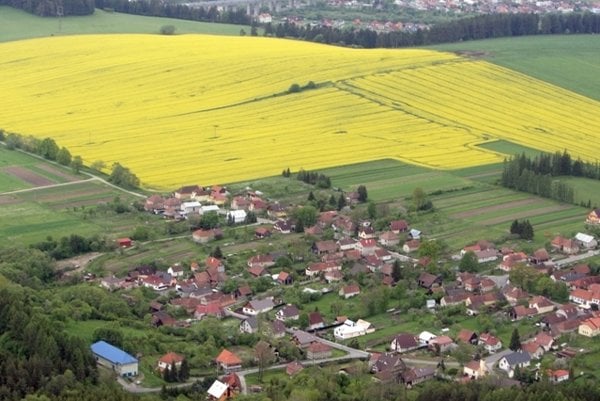 “Agricultural land is the basic resource of farmers,” said Jana Holéciová, spokesperson of the Slovak Agriculture and Food Chamber (SPPK). “Without it food producers cannot supply food security and self-sufficiency for Slovakia,” she added.

The Slovak parliament passed the amendment to the constitution on May 16; President Andrej Kiska signed it into law on May 25.

“The proposal opens the door to the option of addressing the acquisition of agricultural and forest land, its legislative protection and providing food self-sufficiency for the nation,” Eva Antošová from SNS told the TASR newswire.

The Agriculture Ministry welcomed the change to the constitution and is already working on a revision to the law on acquisition of agricultural land that will be based on the adopted change in the constitution, said Vladimír Machalík, spokesperson of the ministry.

“Without the foundations in the constitution, it would not be possible to implement further laws that will follow this constitutional change,” stated Lucia Galová, president of the Slovak Rural Platform, one of the initiators of the change.

The Rural Platform did not agree with the legislative framework that viewed agricultural land only as ordinary goods. The change defines agricultural land as a non-renewable natural resource, which is subject to special protection from the state and society. 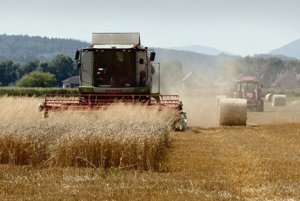 Upon joining the EU in 2004, Slovakia applied a moratorium on the sale of agricultural land valid till 2011. Later it was extended to 2014, when new legislation on land acquisition came into effect.

In 2014, Slovakia, together with Bulgaria, Hungary, Latvia and Lithuania adopted laws regulating the acquisition of agricultural land. However, these laws contained several provisions that restricted free movement of capital and freedom of establishment.

The European Commission (EC) reproached also the land acquisition law in Slovakia. They particularly did not agree with the condition that a potential buyer must have at least 10-year permanent residence in Slovakia, or in the case of a company it must have its headquarters in the country.

The EC understands that member countries want to provide agricultural land with particular protection, considering the various challenges in this aspect, such as concentration of land, speculations with the estates or the protection of rural environments, according to an official statement from the EC Representation in Slovakia.

However, the statement asserts that member states must adhere to certain regulations of the EU. Under the authority of these regulations, member countries can introduce certain restrictions in order to protect legitimate public interests but these must be in accord with the basic rights and principles of proportionality and legal security.

In May 2016, the EC warned that Slovakia should change the law on the acquisition of agricultural land, which it said was violating EU rules guaranteeing free movement of capital and freedom of establishment, adding that the case could end up at the European Court of Justice.

In 2013, Hungary enacted a law that excluded legal entities from acquiring land. The EC started a disciplinary hearing over violation of the EU regulation concerning the rights of foreign investors concerning agricultural land.

“Certainly some changes should have to be made to the given law and, of course, as it is a problem of the Slovak Republic, I will negotiate this with all coalition partners,” said Agriculture Minister Gabriela Matečná in May 2016. She promised the law would be further discussed by the coalition partners.

The initiative on the draft amendment was led by a group of deputies from the SNS party. The SPPK and the Rural Platform joined the process, pointing out gaps in the law.

“We agree with the stance of the ministry of agriculture that the condition [on permanent residence and company headquarters] was restrictive and they are planning to leave it out,” said Galová. 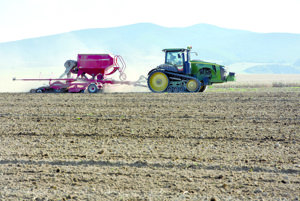 SPPK expects that society and business entities will approach agricultural land as a non-renewable resource and that it will not be the subject of speculative purchases in the future. The Rural Platform expects better protection of the land, mainly from the environmental point of view.

SPPK supported legislation that protected land against speculative purchases as it sees this as important for the country’s food self-sufficiency.

“The SPPK supports all activities aimed at protection of our agricultural fund,” Holéciová added.

Galová pointed out that the law from 2014 has not met its goal, as land could have been bought via third parties based in Slovakia.

“The topic of land is complex and complicated and we have to consider multiple aspects, including agriculture, environment, forestry, economy, society, history, law and legislation,” said Galová.

The most outstanding problems are purchases of land by a few economically strong players.

“Our farmers and food producers fear that the agricultural land in Slovakia will continue to be of interest for some subjects whose main aim is different than developing the agricultural and food industry of Slovakia,” said Milan Semančík, the chairman of SPPK. 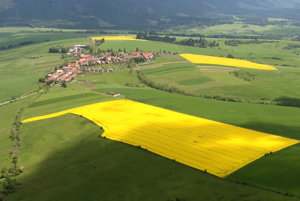 Official data are not available but according to the statistics of SPPK, foreign farmers utilise about 100-150 hectares of agricultural land in Slovakia, though this does not necessarily mean that they own the land.

“It is mainly Danish or Dutch subsidiaries of Chinese companies,” said Galová, adding that a lot of land is also owned by Austrians or Italians. “It prevents diversification, which has a direct impact not only on direct production but also on the environment or the basic composition of farmers and thereby also on the employment and the development of the regions.”

Speculative purchases are also enabled by gaps in other laws, in particular the law on rental of agricultural land and the law on land adjustments.

For this reason the Rural Platform is calling for a comprehensive look into the situation and is pursuing additional in-depth steps.

The law on land rental should soon go into interdepartmental review, while the land acquisition law will also be thoroughly amended.

“We think, however, that solely a legislative solution is not enough, therefore we as an agricultural community will work on education and various campaigns and also work directly in the regions,” Galová concluded.