Some things have changed but the core of the Bratislava Cultural Summer remains for 2017 – including a host of music, dance, folklore, historical re-enactment, crafts and other events, as well as more information in English, expansion to surrounding areas and tourist-friendly features. 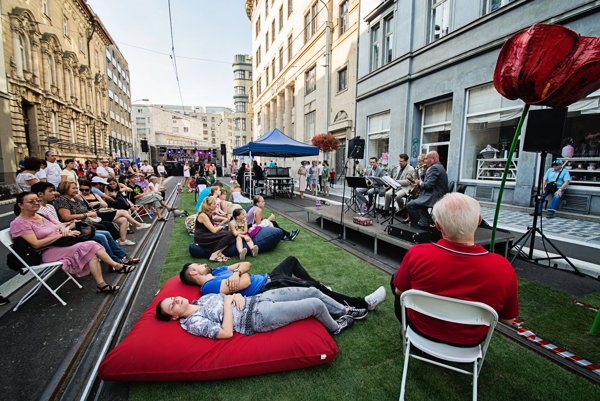 The 42nd year of this festival in Bratislava will not be as rich as last year – marked by the Slovak presidency of the Council of European Union – but will nevertheless offer more than 190 events between June and September, most of which will not require an in-depth knowledge of the Slovak language.

“This year brings more than 250 programmes from four continents from all over our planet, 17 big festivals, plus several dozen cycles,” said Vladimír Grežo, head of the Bratislava Cultural and Information Centre (BKIS). “We will perform on more than 35 stages across the city,” he added, including dance, theatre, acrobatics and fairytales. “People will find all genres they can imagine at the festival.”

According to statistics, about half a million tourists visit the Slovak capital between May and October, of whom 70 percent (i.e. around 330,000) are foreigners. The Bratislava Tourist Board (BTB) has also participated in organising and managing these events, e.g. communicating the cultural summer in capitals of neighbouring countries and preparing information in English and German at visitbratislava.com – (or at bkis.sk). 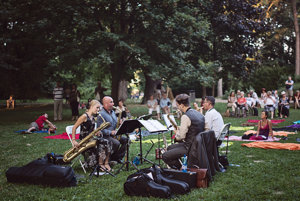 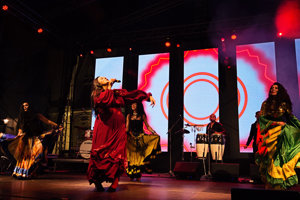 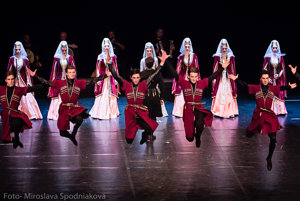 BTB is also participating in some festivals, such as in the Hudba v sade/všade (Music in the Park/Everywhere) cycle which brings, within the Viva Musica festival, classical music to the oldest city park in central Europe, Sad Janka Kráľa at the Danube bank. Each Saturday – five in July and three in August – inhabitants and visitors will be able to enjoy music in a style typical for romantic-period nobles in the setting of an open-air barbecue. Viva Musica will also bring buskers to the streets of Bratislava in a more organised way with the Viva Ulica (Viva Street) cycle.

Another cycle in which BTB will participate is the Music Square Festival – a series of jazz, ethno, world, latino, and swing music in the Main Square. Also, BTB is involved in the series of eight classical concerts in the Eugen Suchoň Square.

Information from BTB can be obtained at its centres in Primaciálne Square and at the airport, as well as in the seasonal info-point in Hviezdoslavovo Square. Other points are at the river harbour, bus and railway station. The tourist card Bratislava City and Region brings some improvements and simplifications and tries to invite tourists to visit other sites close to Bratislava.

From June till September, a rich offer on art and culture

In July – and some continuing until September – the abundance of events continues, with the Music Square, the Eurovea festival offering various musical genres.

The International Youth Music Festival (July 6-9) will be quite focused on classical music. The International Bratislava Festival will transport foreign music and cultures to the Slovak capital, while on the other hand, the Day of Slovaks Living Abroad will be marked by a programme (July 5) presenting what Slovak expats have preserved from the culture of their ancestors – with ensembles coming from Cleveland, USA, London, UK, Austria, Serbia, Romania and Hungary. The Japanese culture festival will demonstrate mostly the gastronomy of this country on July 2.

Roma in the City will present this minority on June 16, while the Minority Summer will present minorities living in Slovakia on August 8. The Gipsy Bashavel will introduce the results of intensive training of talented young Roma during the Summer Academy.

In August, the Cathedral Organ Festival (Aug 3- September 21) enhances the selection of classical music. The Golden Age Festival will revive the jazz and swing music of the 1920s-1940s on September 23-24.

Another area of interest is the re-enactment of historical duels, inlcuding fighting but also feasting by the troupe of historical fencing, Tostabur, which shows a different historical period every first Sunday of the month between June and September, in the programme called Knights in Devín. Events like Solstice at Devín (offering insight into the rituals of the Celts) or Bratislava Period Picnic (June 24) evoking the atmosphere of the swing era also take visitors to various historical eras. 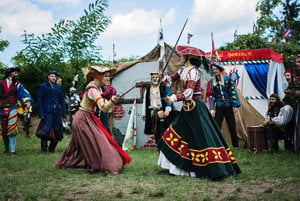 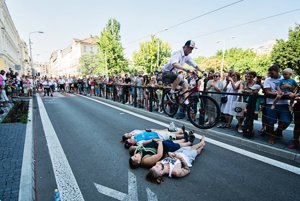 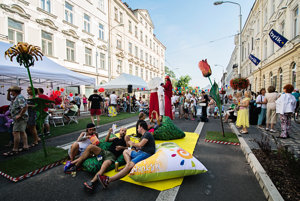 Bratislava Inline has organised mass inline-skate rides for everyone except total beginners each Friday, with the route being cleared of cars and accompanied by police patrols – and music.

There will also be other festivals, mostly focusing on theatre or events for children, but they prevailingly require some knowledge of the Slovak language.

The festival of traditional arts and crafts Days of Masters of ÚĽUV marks the end of the summer (September 1-3), and this time around, it will spill into the squares and streets of the capital.

The Roman Games 2017 (September 10) shall transport those interested to the era when the Roman Empire expanded all the way to the Danube – and they will take place in a site where findings from this era have been found, in the park near Rusovce castle. The Konvergencie festival of chamber music – by the end of September – will round off the summer menu of cultural delicacies in Bratislava.