Young Slovak footballers with mixed results in Poland so far

The footballers won the opening match at the European Under-21 Championship 2017, but lost the second match. 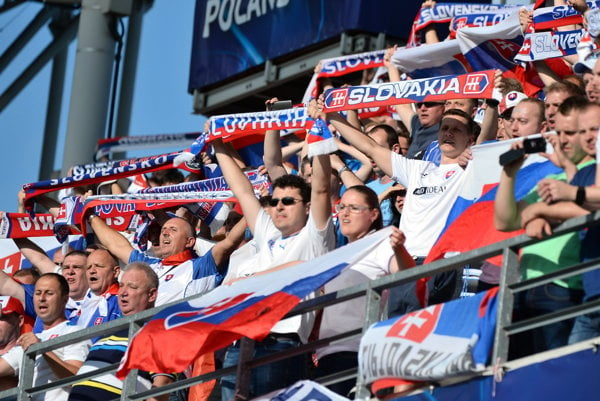 Slovakia’s young football players have returned to the European championship after 17 years. The tournament, which runs between June 16-30, opened with a match between Slovakia and Poland, the host country. Expectations were high and the Slovak team beat Poland 2:1 on June 16. However, three days later they lost, 1:2 against England. This has complicated the chances of the Slovak team advancing to the second stage. The third match, against Sweden, will take place in Lublin on June 22, starting at 20:45. 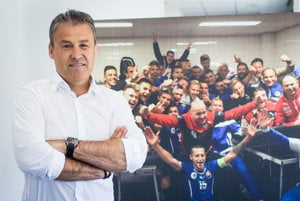 Read also:Slovakia returns to U21 EURO after 17 years Read more

Poland opened the match at the Arena Lublin with an early goal in the first minute, which acted as a wake up for the Slovaks.

“To let in a goal early in the match is the worst thing that can happen to a goalkeeper,” said Slovak goalkeeper Adrián Chovan. “However, the goal harmed the Polish,” he pointed out.

Later the Slovaks took over the game and their effort resulted in an equalising goal by defender Martin Valjent in the 20th minute. 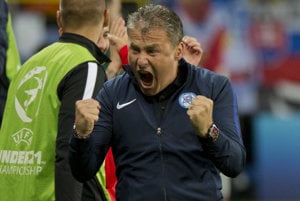 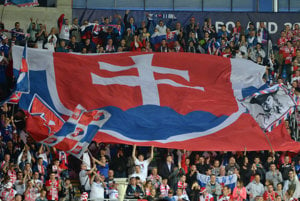 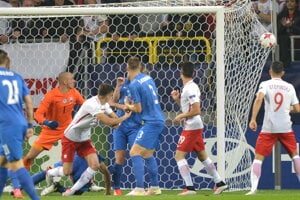 “We succeeded in making a come-back, like we did several times in the qualification rounds, but we must pay better attention to the opening of the matches,” commented the shooter of the equalising goal.

The Slovak drive continued in the second half although the Polish players were fighting to not leave their home ground on a draw. The Polish fans, nicknamed Kibice, are amongst the most patriotic in Europe, which was proved by the atmosphere in the stadium. Slovak fans occupied one corner of the 15,000 seat Arena Lublin, cheering on their players regardless of the rain and rather cold weather on Friday night.

There were episodes of rain in Lublin on Friday afternoon and during the match, so the grass was wet and slippery. This can be tricky because the ball can gain unexpected speed when it bounces from a wet surface. However, both teams showed good control of the ball and nice passes.

In the 73rd minute the coach of the Slovak national team, Pavel Hapal, replaced the team captain Adam Zreľák with Pavol Šafranko, who turned out to be a lucky choice, shooting the second goal in the 78th minute.

“The winning goal was not only my due, the credit goes to the whole team who worked for the whole 90 minutes,” said the shooter, stressing that in the second group match against England we must focus more on the beginning of the match.

“We have several leaders in the team who can calm down the rest and pull the team together,” added Valjent.

“I think that in the first half we were better than the Poles, although we were helped by the goalkeeper Adrian Chovan two times,” said Pavel Hapal, the coach of the Slovak team. “In the end, we brought the match to a successful finish by experience.”

Stanislav Lobotka, the defensive midfield player, was chosen as player of the match. His presence could be felt all around the pitch, making interceptions as well as game making. The 22-year old who plays for FC Nordsjælland in Denmark is the most experienced member of the Slovak squad with 15 appearances in the Under-21’s.

The European Under-21 Championship UEFA EURO U21 Poland 2017 is made up of twelve qualifying teams, divided into three groups. The winners of the groups and the best runner up will advance to the knock-out stage.

Slovakia last participated in the European Championship in this age category in 2000, when the championship was held in Bratislava and Trnava. The Italian team won the tournament, with Slovakia finishing 4th.

Qualifying for the 2017 tournament itself can be considered a success, because the Slovaks left behind experienced teams such as Turkey or Netherlands in the qualification stages. They have left for Poland with high ambitions.

“It is hard to say what kind of result could be considered a success,” Stanislav Lobotka told the reporters two days before the opening match. “As in the qualifications, we will go from match to match and every time we will try to give our best performance.”

The second match of the A group between Sweden and England played on Friday afternoon ended in a draw, which means that the Slovaks were ranked first with three points. The good performance and the result against Poland created high expectations before the second group stage match where Slovakia faced England on Monday, 19 June.

“All the players are in good health and the mood in the team is high,” said Hapal at a pre-match press conference on Sunday. “We are facing a very difficult opponent, maybe the most difficult one in the group,” he said, stressing that the main goal is to win the match. 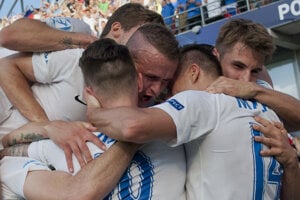 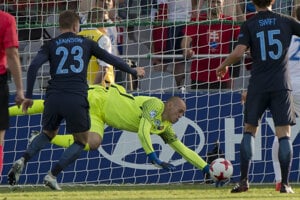 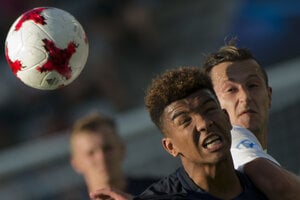 However, the Slovak team lost 2:1, which has complicated their advancement to the second stage.