The president’s wife, Martina Kisková, gave birth to a boy on June 7 in the Poprad hospital, making the president a father of five. 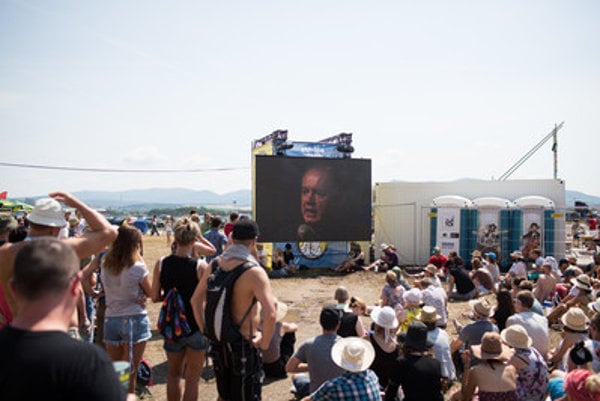 One day after the birth of his son, President Andrej Kiska attended the Pohoda open-air festival, featuring in a discussion. (Source: Sme - Jozef Jakubčo)
Font size:A-|A+

The newest son of Slovak President Andrej Kiska, 54, has been named Martin, the TASR newswire wrote. The president revealed the news on his Facebook profile.

The president announced in April that he and his wife were expecting a baby, who was supposed to be born in August.

Kiska, who divorced his first wife Maria, 56, after 18 years of marriage, has two children from that relationship: Andrej, age 31, and Natália, age 26. He also has two other children with his current wife Martina, 42: Veronika, age 12, and Viktor, age 9.