Slovaks have to defend themselves against the double quality standards in food, according to Prime Minister Robert Fico.

The issue of double quality standards in food and other products, such as washing powder, is gradually growing into a considerable international scandal, stated Prime Minister Robert Fico of Smer, at a press conference in Bratislava on July 18.

“I can't accept that citizens of the Slovak Republic are being treated this way,” said Fico, as quoted by the TASR newswire, referring to the fact that some products sold in western EU countries have a different content than the same products sold in eastern parts of the EU. 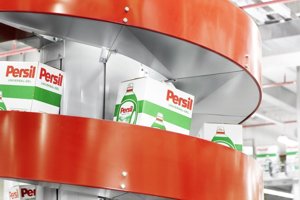 Read also: What do you get in your washing powder? Read more

Fico stated that he wants to discuss double quality standards in food at the Visegrad Four/V4 (the Czech Republic, Hungary, Poland and Slovakia) session due to take place in Budapest on July 19.

Moreover, he wants to send a letter to, or meet in person with, European Commission President Jean-Claude Juncker.

“This is a serious political issue,” Fico told the press.

Fico went on to say that he views the measures taken by the EC in this regard as insufficient. The EC is still only collecting data, although there has been plenty of evidence already, stated the premier.

If the Commission does not address the issue vigorously enough, Slovakia might introduce a couple of one-off measures as early as this autumn. These would include, for example, restricting imports of European products to the Slovak market and providing Slovak public canteens exclusively with products of Slovak origin for a certain period of time, according to the PM.

“We have to defend ourselves, we can't accept this,” Fico told the press, adding that he is aware that such measures would violate the rules of the EU’s single market.

“We only want people in Slovakia to have access to food of the same quality [as people in the west],” he said, as quoted by TASR.