Despite the small area of the castle, it used to have two gateways. 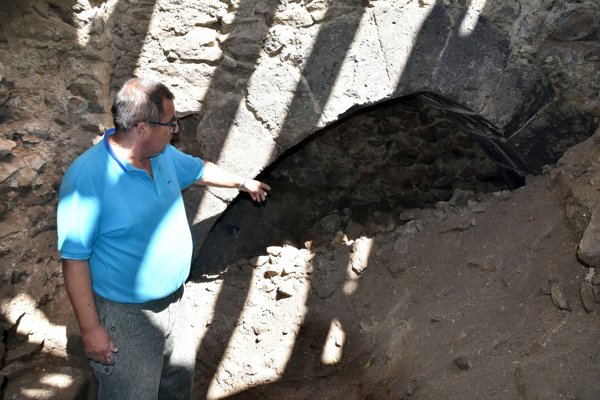 A new discovery for archaeologists researching Viniansky castle in the Michalovce region, is a gateway dating from the 13th century. According to experts it is in very good condition.

The uncovering of the gateway is surprising, according to Jaroslav Gorás, the head of the citizens’ association Zemplínsko-užská hradná cesta (Zemplínsko-užská castle road). 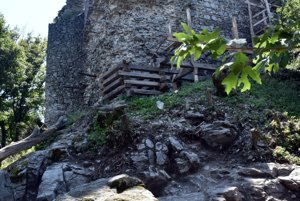 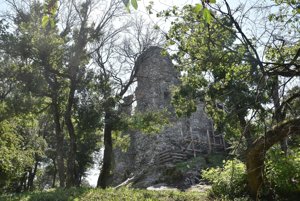 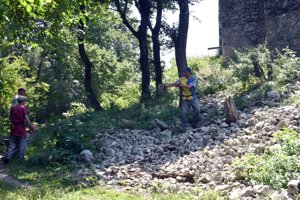 “When we started our research six years ago, we had no gateway, now we have two of them,” Gorás explained for the TASR newswire.

The new discovery functioned not only as the main entrance to the castle but it also gave protection to the land-owners and the castle garrison.

It originated during the oldest phase of the castle's construction – the second half of the 13th century.

“We know this thanks to the well-preserved beams used in the construction of the tower that was built at the same time as the gateway. It is well-preserved over the whole of its height, however, we have only uncovered the upper part so far,” said Peter Bednár, a scientific worker at the archaeological institute of the Slovak Academy of Sciences, for TASR.

He added that gateways in such a good condition are not often found because they had to be rebuilt.

“This one has the advantage that it lost its function in the 15th century,” Bednár mentioned for TASR. The interesting thing is, according to his own words, that despite the small area of the castle, it has two gateways.

“It was a big investment, moreover, every extra opening in a castle wall was harder to keep from enemies, so it complicated the defence,” said Bednár as quoted by TASR. The reason why the castle should have two gates only 30 metres apart remains a mystery to which archaeologists will try to find an answer. They will continue their research next season.

The oldest period drawing of Viniansky castle originated in 1860, about 150 years after the castle fell into disuse.

“So in the picture, it is already a ruin,” said Gorás for TASR, adding that every discovery helps complete a vision of its former appearance from the era of its heyday.

The works at the castle have been ongoing since 2012. In future, parts of castle will be open to the public.