External servers are now much more secure than local business ones, according to experts. 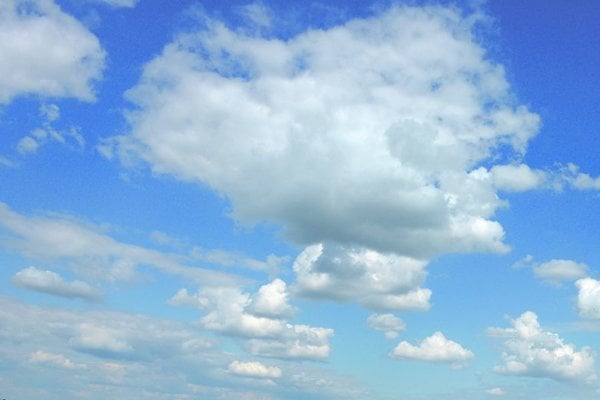 Slovak firms have their eyes on the cloud. (Source: Jana Liptáková)
Font size:A-|A+

A year ago many Slovak-based companies were still reluctant to give up possession of their data and move them to remote servers. Nowadays most of them take advantage of cloud computing not only for data storage but for various data management applications as well.

Cloud technologies have become generally accepted and customers can choose from a variety of global and local providers depending on their needs. Cloud computing has come to be the standard even in such a conservative market like Slovakia, according to SAP solution specialist Jozef Šuran.

“The strategy of moving into the cloud is becoming a more and more common part of the plans of small- and medium-sized companies,” Šuran told The Slovak Spectator.

The transition to the cloud has accelerated thanks to the pressure of large global providers and gradual rejuvenation in managerial positions, said Viktor Mečiar, managing director at the Tulip Solutions cloud outsourcing company.

Cloud computing as a set of technologies allowing users to store their files and apps on remote servers has been growing worldwide. While the Gartner advisory company expects an 18 percent yearly worldwide growth in cloud revenue, the International Data Corporation (IDC) is already at 24 percent. For central Europe, cloud expert Miroslav Pikus estimates an even higher rise.

“There are various programmes designed to work with large volumes of data, analytics, process management in companies and so on,” Šuran said.

Firms are demonstrating demand for both virtual servers as platforms for the traditional enterprise systems’ operation and ready-to-use software as a service from the cloud, such as emailing clients, according to Slávka Šikurová, business unit manager at the Soitron IT company.

The growth in demand for the technology is increasing the number of its providers. In addition to global players, small local providers differing in the availability of technical support and personal access have emerged on the market, said Peter Luby from the GAMO cloud provider. They provide native customer support and flexible responses to customer requirements.

Slovak firms use cloud too

The latest Microsoft survey among Slovak-based small and medium-sized entrepreneurs (SMEs) showed that 80 percent of them have already used cloud technologies. One of the exemplary companies which once had problems with the transfer of data to the cloud works in the field of computer games, said Macko. This means progress.

Today’s SMEs opt for cloud solutions based on their business processes and primary focus, according to Stanislav Marosz from the Softec software company. While companies with their own infrastructure and maintenance, developing new technologies, do not seek cloud services, those without their own infrastructure and technological orientation prefer them. 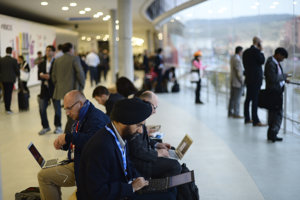 Firms formerly chose cloud services due to flexible costs and dynamic resources. Now it is more about cloud-related security and agility, said Pikus.

“Moving to the cloud, however, is a major change, and all changes are risky, and indeed there are many things that can go wrong,” Pikus told The Slovak Spectator.

Though if someone has already tested the cloud, they often do not return to hosting their own servers, Luby added.

“They want to get rid of the hassle of managing computer infrastructure and focus on their core business,” Pikus said.

In retail, Softec records a growing trend of domestic private cloud servers. While in retail and small family companies free solutions will retain popularity, business-to-business operators give priority to entire paid packages, according to Marosz.

In the past, users reproached the cloud for its security, as they often did not know where their data was stored and providers did not guarantee the cloud content. With the arrival of the EU’s General Data Protection Regulation, which harmonises data privacy laws, companies will need to be sure that their data remains in Europe, said Macko.

Nowadays experts consider the cloud much more secure, as a potential leak of data can have fatal consequences for providers. Pikus sees that the IT sector is in a state of crisis, with lots of headlines about malware attacks. However, the almost 10-year history of cloud computing has no such incidents, he said.

“Expertise and hard work are the reasons, plus perhaps the fact that a hacked cloud would very likely be completely abandoned by all customers and die the very next day,” Pikus said.

Cloud providers reside in the so-called regime spaces that do not allow them to physically reach the servers, as opposed to corporate servers located inside an ordinary company, said Luby. Macko agrees with the very high safety of paid servers, where providers often guarantee data availability at 99.999 percent.

Mečiar points to various certificates, for example, from external penetration tests, which companies should consider when looking for a cloud solution. There are certificates for information security and privacy in terms of personal data in the cloud, Luby said.

The latest innovations being used in the cloud are artificial intelligence and machine learning. However, they are taking hold particularly in North America. Any machine learning projects in Slovakia need five to seven years to move from simple solutions that, for instance, identify anomalies or patters in big data pools, said Pikus.

For example, virtual assistants like Apple Siri, Google Assistant, Amazon Echo and Microsoft Cortana use these cloud innovations, according to Macko, but for the Slovak language, these are not yet applicable.

Mečiar expects that some sectors will significantly change with more greater innovation, and certain jobs are likely to completely vanish. Companies will later use artificial intelligence in routine activities including invoicing, form checking and questionnaire evaluation, but the rise of such innovations will not be so fast.

“The rise will take several years due to the often conservative style of management in Slovak companies,” Mečiar said.