Slovakia to boost the utilisation of renewables 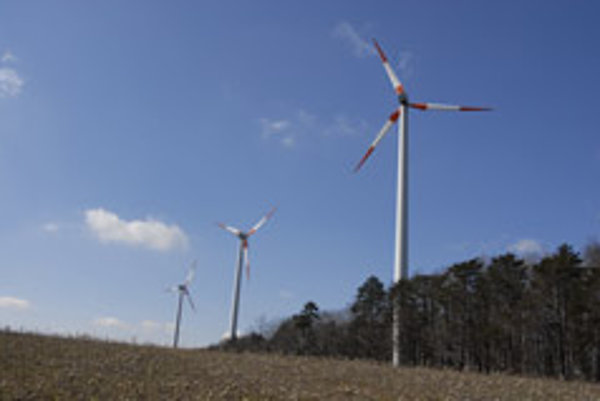 The European Commission would like to see less coal mines and more renewable energy resources harnessed in Europe. The target is 27 percent of final energy consumption from renewable sources by 2030.

This presents new tasks before Slovakia as well.

“We perceive this target to be the political obligation of the EU,” Maroš Stano, spokesperson of the Economy Ministry, told The Slovak Spectator. “The contribution of member countries toward this goal should stem from the specific economic and natural conditions of individual countries while the priorities of their energy policy should be taken into consideration.”

The concrete future contribution of Slovakia will result from the final proposal and afterwards from the revised directive on supporting the development of renewable energy sources (RES) and the new regulation on the operation of the energy union.

Slovakia wants to set its goal for 2030 since it is realistic and its fulfilment would help meet targets for the reduction of greenhouse gases.

“This is why Slovakia wants to support such renewables that can replace fossil fuels in a way ensuring the safety of electricity and heat production without any great additional costs,” said Stano.

In 2016, Slovakia generated 27,452 GWh of electricity while the total consumption amounted to 30,103 GWh. Thus the country needed to import 8.8 percent of its electricity consumption.

“The share of import on electricity in Slovakia was the highest in the last 10 years,” the Slovak Electricity Transmission Network (SEPS), stated in its annual report.

Slovakia needs to import electricity since it closed down two nuclear power station units in Jaslovské Bohunice in 2006 and 2008. The country is expected to again become self-sufficient after the third and four nuclear power station units in Mochovce are put into operation. Their construction is dragging out while the latest plan for their completion is planning their launch in 2018 and 2019, respectively.

Fossil fuels made up 19.4 percent. From these brown coal accounted for 33 percent, followed by natural gas with 30.7 percent and black coal at 18.9 percent.

“Green electricity”, i.e. electricity generated from renewable sources, amounted to 2,430 GWh. Compared with the previous year this was an increase by less than 2 percent. Thus RES accounted for 8.85 percent of electricity produced in Slovakia.

Biomass accounts for the greatest share when used for the generation of 49.5 percent of green electricity. Biogas comprised 25.3 percent and solar power plants accounted for 23.7 percent.

While neighbouring counties also harness wind to generate electricity, this is not the case in Slovakia. There are only two small wind parks – in Cerová and Myjava, based on the data of the Regulation of Network Industries (ÚRSO).

“This form of renewable energy source has not been developed in Slovakia at all,” said Lenka Ferenčáková, the editor-in-chief of Energia.sk, as cited the Pravda daily.

The construction of wind turbines was halted in Slovakia at the end of 2009 after investors were unable to obtain permission from the operator of the national grid. SEPS considers wind power an unstable power source with large fluctuations in production, and thus includes them among unpredictable renewable sources of electricity expected to require back-up capacity.