Focus is on 4G networks, but companies also prepare for using the Internet of Things technology. 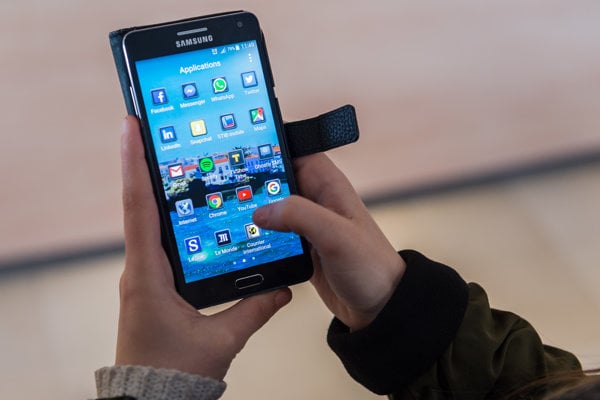 By the end of this year, some mobile providers may cover as much as 90 percent of the populated area in Slovakia with modern 4G networks. This stems from their plans presented to The Slovak Spectator.

In addition, some of them are also focusing on building the network necessary for the Internet of Things (IoT) technology, though the coverage is currently not as extensive.

“The launching of the IoT network is much cheaper than the construction of a standard mobile network, but providers need to have a reason to invest into such a network,” Ján Trangel from the Živé.sk and Mobilmánia.sk websites told The Slovak Spectator.

All four mobile operators in Slovakia confirmed to The Slovak Spectator that they want to extend the coverage of the 4G network soon.

Meanwhile, another provider, O2 Slovakia, plans to increase the coverage of both 4G and 4.5G network.

Some customers, who do not have any base station situated close by and receive only a weak signal, may consider the speed of covering Slovakia with a new, modern network to be slow. The fact is that providers need to take several factors into consideration, Martin Drobný, editor-in-chief of PC Revue magazine, explained to The Slovak Spectator.

Mobile providers use different approaches to building the 4G network, adds Trangel. While one of them focuses on achieving the greatest coverage possible, the other wants to cover a bigger area with a quicker network.

“It is highly probable that at the end of this year some providers will exceed 90-percent coverage of the population with 4G,” Trangel said.

Meanwhile, some mobile providers are also building networks necessary for using the Internet of Things (IoT) technology.
Slovak Telekom, for example, plans to launch a new NB-IoT network soon. It is also offering various services for a smart household, with customers being able to choose from 32 devices like movement sensors, smart sockets and lights, said the company’s spokesperson Peter Gálik.

“They are not connected via Wi-Fi, but via a special platform Qivicon developed for smart household appliances,” Gálik explained to The Slovak Spectator.

Moreover, Orange Slovensko is preparing an upgrade of the LTE network and has launched the trial of a network based on LoRa technology, i.e.a long range, low power wireless platform that is used for building IoT networks. It also operates the IoT platform for managing IoT devices, collecting and visualising data, said spokesperson Alexandra Piskunová.

In addition to common mobile providers, there are companies building separate networks designed especially for IoT. One of them is Sigfox, whose construction began in Slovakia in April 2017. It is provided by SimpleCell, which signed a deal with Towercom, provider of TV and radio signal coverage.

Unlike an ordinary network, Sigfox secures coverage in various landscapes, which includes meadows and fields.

“The network is thus ideal for use in urban applications, but also for detecting and warning against forest fires, or sensors for monitoring the river currents that are part of flood-prevention systems,” Juraj Timko, PR manager of SimpleCell, told The Slovak Spectator.

Another advantage is the reliability of the device, as the batteries last for 10-15 years.

New threats accompany the use of new IoT networks, observers agree. Because of the large number and variety of devices, IoT has become an attractive target for cybercriminals who, if the devices are successfully hacked, can spy on people and blackmail them.

The observers point to the recent distributed denial of service (DDoS) attacks, where various IoT devices were turned into botnets, such as Mirai and Hajime.

“The issue of smart device security is serious, and one we should all be aware of,” Vladimir Kuskov, security expert at Kaspersky Lab, told The Slovak Spectator. “Last year showed that it is not just possible to target connected devices, but that this is a very real threat. We have seen a huge increase in IoT malware samples, but the potential is even greater.”

The high competition in the market of DDoS attacks is pushing attackers to search for new resources that will help them carry out increasingly powerful attacks, Kuskov opines.

“The majority of consumers are probably not aware of IoT threats, but this may be because IoT devices are still relatively new,” Michal Krejdl, principal malware analyst at anti-virus protection developer Avast, told The Slovak Spectator.

He explains that since each IoT device is available via the internet, there are more options for attackers to infiltrate the network. Moreover, in many cases IoT devices do not use encryption to protect the information they send and many devices also use the cloud as a communication/connection platform.

“As a result, leaks of potentially sensitive information to hackers can happen,” Krejdl added.

Attackers can exploit the device’s vulnerabilities by sending it a specially crafted request. Once the request is processed by the connected device, it can download and execute malware, giving hackers control of the device. In other cases, hackers can remotely log in to a connected device via the internet by using for example the device’s default log-in credentials, Krejdl explained.

“Most people don’t change the default user name and password, or use log-in credentials that can easily be guessed,” he added.

Once a hacker successfully logs in, they can again download and install malware and begin abusing the device.

One of the reasons why IoT devices can be vulnerable is that they are running on outdated software, experts agree.

“Most of the connected devices don’t even have a security solution and their manufacturers usually don’t produce any security updates or new firmware,” said Kuskov. “This means there are millions and millions of potentially vulnerable devices – or maybe even devices that have already been compromised.”

The best protection is to update the software running on all devices and change the log-in credentials used to access them.
This can also be done for routers, according to Krejdl.