Tibor Gašpar filed a criminal motion concerning the information leak on president Andrej Kiska’s alleged tax fraud, so that an internal police investigation can be conducted. 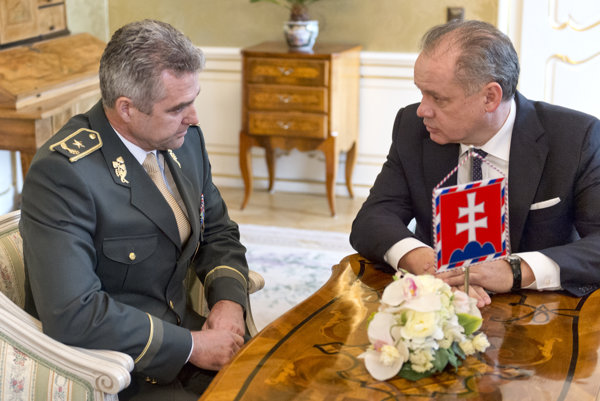 Police Corps President Tibor Gašpar has filed a criminal motion, telling the TA3 news channel that he did it so the police could open an internal investigation.

Recently, someone sent the tax audit results of President Andrej Kiska’s KTAG company to the media. According to Financial Administration, the company included money for Kiska’s campaign in its deductible expenses, which denied the state about €27,000. After the audit, KTAG paid the full sum, thus concluding the case. Kiska deems the procedure quite common.

The Transparency International Slovensko watchdog sees it as an intentional attack against him. However, both the president and tax officials should have informed the public, otherwise the case would have tempted anyone to commit blackmail, trading and play games, Gabriel Šípoš of TIS said.

These days Kiska says, as cited by the Sme daily, that the decision is being made whether Slovakia is a Mafia state or not.

The scandal introduced the issue of how secret tax data could have possibly leaked out to the president’s rival and the public.

The secrets on Kiska… could have been leaked from the police, Gašpar admitted on TA3’s political talk show V Politike (In Politics) on September 17. He did not rule out that the police could have leaked secret information on certain testimonies dealing with Speaker of Parliament Andrej Danko’s (Slovak National Party/SNS) alleged involvement in EU-fund corruption and Kiska’s tax evasion during his entrepreneurial past.

“I can't prevent someone out of 23,000 police officers from abusing the law and even committing a crime for the sake of a promise, such as getting a high-ranking post,” Gašpar explained, as cited by the TASR newswire. “I repeatedly condemn such practices. Such documents are presented to the public in order for use in political conflicts. It seems to me that in society we’ve created a climate to the effect that this is viewed as a common, ordinary thing,” police president summed up.

The police chief noted that information leaks were used in the past against businessman Ladislav Bašternák – with ties to top politicians from the ruling Smer party – and Interior Minister Robert Kaliňák. “I want to hint that at least two people involved in these leaks are assistants to MPs,” Gašpar noted. (One of the assistants involved has been already investigated and charged, ed. note.)

When it comes to the Kiska scandal, Gašpar said that he has filed a criminal complaint with the police internal affairs inspectorate to check the possible leakage of documents from the police dossier. But the police president believes that the information was more likely leaked from the tax office.

Gašpar condemned the leakage of documents and ruled out that the national Criminal Agency (NAKA, the elite police unit) would produce such documents as ordered by political rivals. He added, as quoted by the Sme daily, that behind the leak it could be people who received various promises from politicians, e.g. a place on the party election slate, or a job as an MP’s assistant. “In this environment, there are many edited, forged and false documents,” Gašpar summed up.