Mičev gave up candidacy to the benefit of Lunter

In the race for the Banská Bystrica regional governor, Stanislav Mičev resigned and encouraged his voters to support the strongest candidate, Ján Lunter, against Marian Kotleba. Here are his main reasons for doing so. 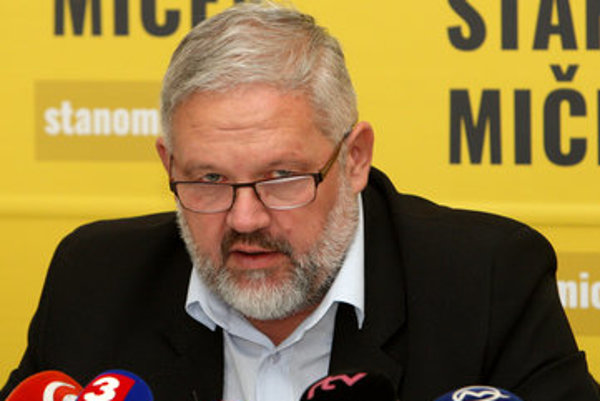 Head of the Slovak National Uprising (SNP) Museum, Mičev, appealed to his voters on October 6 to support the strongest democratic candidate, businessman Lunter, in order to oust fascism, corruption and cronyism, the Slovak media wrote. In May the democratic candidates in the Banská Bystrica Region agreed that they will step down in favour of the strongest one in order to beat the incumbent governor, the extreme right’s Marian Kotleba, who heads the ĽSNS party.

In an interview for the Sme daily, Mičev explained his reasons for giving up the candidacy: he notes that the decision is clear and in line with his previous plans and promises. “I give to Lunter not just a single mandate – my own,” Mičev told Sme, “but rather four in fact, since three other candidates have given their votes for my benefit.”

His stance has been direct from the very beginning and the situation might have been even clearer had Lunter joined the memorandum of Banská Bystrica candidates, the director of the SNP Museum said, adding that he and the three other candidates have a total of 18 percent of votes, now going to the businessman with the biggest number of votes.

Part of the agreement was also candidate Martin Klus of the opposition SaS party who, however, resigned his candidacy already on October 3. “It may have been a bit of marketing, but I do not blame him,” Mičev noted. “He received instructions from the parties which nominated him to announce his resignation sooner [than the rest of democratic candidates].”

Outlook in the upcoming election

The principle of negotiating with several candidates fulfilled its goal. i.e. not just Mičev giving his own mandate to the strongest candidate but also joining the forces of other candidates with fewer votes and all of them supporting the polls’ leader in order to beat the incumbent governor running again. However, the head of the museum is not convinced that the plan will succeed, because it seems that Kotleba is acquiring support across all social classes.

The upcoming election on November 4 is not only about the Banská Bystrica Region but rather about the future political direction of Slovakia, Mičev summed up for the daily.