Minimum wage in Slovakia to rise from January

The minimum wage in Slovakia will be hiked to €480, from the beginning of next year. 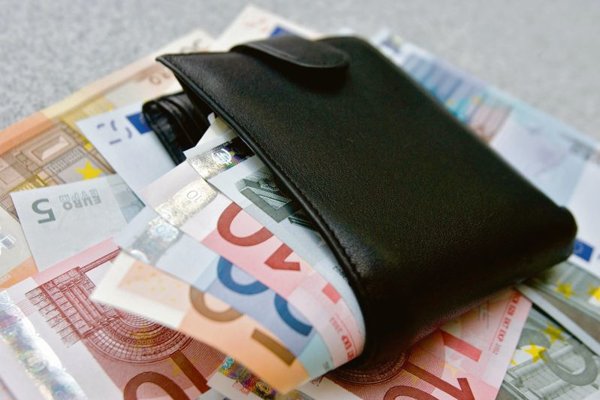 The lowest gross wage per each hour worked will rise to €2.759 from the current €2.500, the SITA newswire wrote. The net income of an employee working for the minimum wage will increase by €29.07 against this year's figure, to €403.18.

“Our qualified estimate of the number of employees for whom their wage or salary will fully or partly increase is approximately 146,400,” the Labour Ministry informed SITA.

Passed despite no agreement at tripartite talks

The cabinet passed the proposal at its regular session on October 11. Previously the social partners (i.e. government, trade unions and employers) have repeatedly failed to agree on the minimum wage over the course of this year. They did not find accord even at tripartite talks dedicated to this issue held in mid-September. Therefore, the Labour Ministry was obliged to submit its own proposal for adjusting the minimum wage by law, the TASR newswire wrote.

This means that the total annual cost of minimum wage growth for private employers should amount to €61.4 million. Of this, costs incurred by salary increases to match the minimum wage will be €42.6 million, while compulsory transfers to insurance funds should make up €18.8 million.

The Labour Ministry's impact analysis further showed that minimum wage growth might be reflected in increased salary costs for around 30,000 employers, including 13,400 firms and 16,600 self-employed individuals. The minimum wage growth should affect almost 119,000 employees, nearly 70,000 of whom work for self-employed individuals and over 49,000 for firms.

Slovakia has used its potential to increase the minimum wage to €480 per month, which will not create any disturbances, Labour Ministry State Secretary Branislav Ondruš said on the same day.

“We firmly believe that setting the minimum wage in this way will have positive effects on the developments in unemployment in Slovakia, mainly by increasing people's motivation to work,” Ondruš said for TASR, adding that the minimum wage does not destroy jobs even in districts with high unemployment rates. “We're aware that minimum wage hikes put pressure for growth on all salaries.”