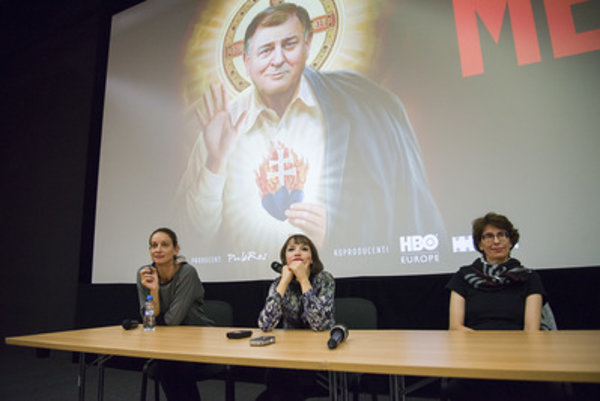 The story of how her own generation perceives the former authoritarian politician, Vladimír Mečiar, and of the impact he has had on her and on the whole of Slovak society will be screened in cinemas from October 12.

Nvotová has been collecting the material and shooting the movie for more than four years.

“I was mostly after the context,” Nvotová said after a special screening on October 11, as cited by the TASR newswire. “I never felt the urge to be an investigative journalist looking for something no-one had found before, nor did I imagine that I could manage something like that.”

She made the film for herself and for younger people who do not remember the 1990s and what this era meant to the political scene – or have only fragmentary recollections of it. She delivers a lot of the information through personal stories. When communism ended in Czechoslovakia, in 1989, Nvotová was only one year old.

The producer with personal experience

“It needed a great deal of courage, as Mečiar evoked physical fear then,” she says in an interview for the Sme daily. The movie is also a portrayal of society and of what we all let happen, Mistríková explains. “It makes me shiver when I am watching it.”

When they started to prepare the movie four years ago, they anticipated that it would be important not just for them but that Slovakia with its geographical location, size and historical context was almost a model situation for the 1990s and that the film might have an international impact, the producer told TASR.

President Andrej Kiska also attended the special premiere of the Mečiar movie on October 10 in the Bory Mall Cinemax film theatre in Bratislava.