Police did not confirm foreign funds for ĽSNS

Allegations that the extremist party had received money from a pro-Kremlin businessman were not confirmed. 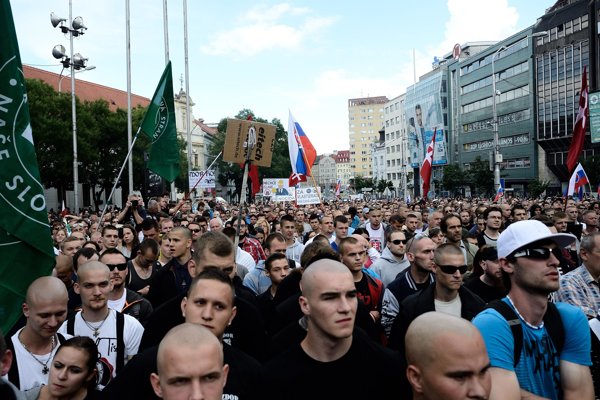 The police investigation did not confirm reports that the far-right People’s Party – Our Slovakia (ĽSNS) led by Marian Kotleba is financed from abroad. The information came from the German public-service television ZDF in May, which referred to leaked emails.

“After operational verification, the National Criminal Agency did not find any reason to start criminal prosecution in the case,” the Police Corps presidium said, as quoted by the Pravda.sk website.

The leaked emails suggested that pro-Kremlin Russian businessman Konstantin Malofeev, who is on the European Union’s sanction list, financed the demonstrations against the West and NATO that took place in the Czech Republic, Slovakia, Poland and Hungary via Belarusian entrepreneur Alexander Usovsky.

ĽSNS was alleged to have received the money as well, the ČTK newswire reported.

The party, known for its criticism of Slovakia’s membership in NATO and the EU refused the accusations in June. It claimed it did not receive money from Russia, nor Belarus, Washington or Brussels and that it had no reason to fear the investigation.

The party still faces the proposal that it be dissolved. The General Prosecutor’s Office called it an extremist party with fascist tendencies which violates the constitution, laws and international treaties with its programme and activities.

It is not clear when the Supreme Court will decide in the case, ČTK wrote.