Derelict skeleton of unfinished hospital to be pulled down 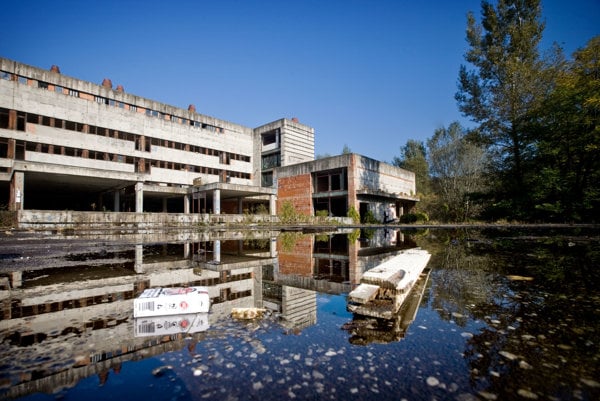 The state is to pull down the skeleton of Rázsochy, a hospital that was to be built on the outskirts of Bratislava. A public tender for demolition works will be promulgated soon. There are plans for a new university hospital to be built here in the future, however, it is not yet known when construction will start. Health Minister Tomáš Drucker hopes that the work will begin during this election term.

“The important thing is that the decisions are made and that we carry them through,” said Drucker as cited by the TASR newswire, adding that the ministry is working on the hospital project. 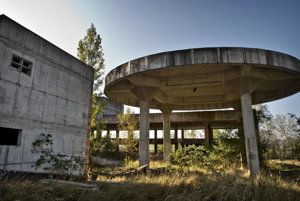 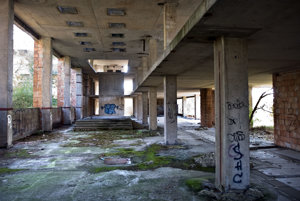 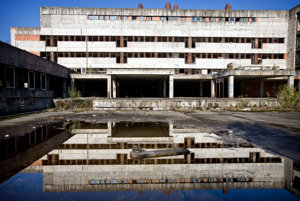 The unfinished project of hospital in Rázsochy (10 photos)

The Capital is in a need of a new health facility adjoined to the University Hospital Bratislava. Currently University Hospital Bratislava, which is the biggest as well as most indebted hospital in Slovakia, has five facilities across the city: in Kramáre, in the Old Town, in Ružinov, in Petržalka and in Podunajské Biskupice. The plan is to build a brand-new hospital in Rázsochy and renew or extend the facility in Ružinov.

The Health Ministry has chosen to run the facility under the so-called model of integrated management, whose basis is state supervision. Thus, the state will continue to supervise the new university hospital. It will also finance the project. 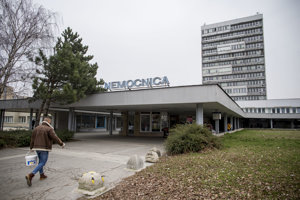 The operation will be secured by a manager of health care provision. Drucker is scheduled to submit detailed material on the construction and budget of the new hospital by the end of 2018.

The Hospital in Rázsochy is a failed construction project which was launched during the communist regime in the 1980s and was supposed to result in a state-of-the-art medical facility for Bratislava.

The idea to build Rázsochy was born more than 30 years ago but what started out as an ambitious project to serve patients from across Slovakia and to house medical students, resulted in a huge but unfinished complex which was later left to rot and has been ravaged by scavengers seeking scrap metal and other materials.

The construction of Rázsochy began in 1987, two years before the fall of the communist regime in Slovakia. The complex was supposed to have been completed in 1993 but construction was halted in 1990. The second Mikuláš Dzurinda government halted the project completely in 2003. Today only the skeleton of the huge facility remains.