A recent report of the EU statistics office shows that although the life expectancy in Slovakia has been increasing, it still lags behind the EU average. 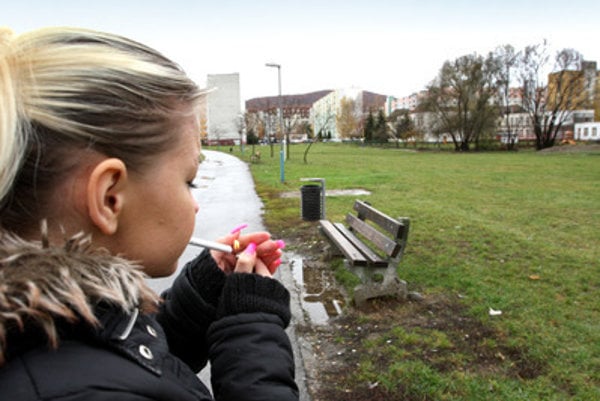 The average life expectancy in Slovakia has increased by more than three years since 2000 and in 2015 it was 76.7 years, the Denník N daily wrote on November 28.

This, however, is still less than the European Union (EU) average which adds another four years, according to the report published recently by the European Commission.

There is a significant difference between men and women in this respect. Life expectancy at birth in 2015 was 76.7 years, up from 73.3 years in 2000, but still almost four years below the EU average. A large gender gap persists, with Slovak men living on average seven years less than women (73.1 years compared to 80.2 years) bigger than the EU average of 5.4 years.

A big difference can also be found in average life expectancy from the point of socio-economic status: Slovaks with university education live 10 years longer than those who failed to complete their secondary school studies. It is one of the biggest differences in the EU, the daily wrote.

Most of the gains in life expectancy in the country since 2000 have been driven by reductions in mortality rates after 65 (life expectancy of Slovak women at age 65 reached 18.8 in 2015 and that of men 15.0 years). However, not all of these additional years of life are lived in good health. At age 65, Slovak women and men can expect to live about four years of their remaining life-span free of disability, which represents only about 20% of the remaining years of life for women and 30% for men.

The Slovak health-care system provides coverage for the entire population, although access to care is more limited in certain regions, and quality and efficiency can be improved in many areas.

In 2014, 23% of adults were daily smokers which is more than the EU average. Smoking among men is nearly two times greater than among women, and smoking among people with low education is almost two-thirds higher compared to those with higher education. Tobacco control policies are less comprehensive than in many other EU countries.

Overall alcohol consumption per adult has decreased slightly since 2000, being close to the EU average, at 10.2 litres per adult in 2015. One in eight Slovak adults report heavy alcohol consumption on a regular basis, which is less than the EU average. However, the proportion of adolescents who report having been drunk more than once in their life is higher than the EU average, with 26% of 15-year-old girls and 29% of 15-year-old boys reporting having been drunk at least twice (compared with an EU average of 24% for girls and 27% for boys).

One in six adults are obese, a rate similar to the EU average, and overweight and obesity problems among adolescents are on the rise. A higher proportion of 15-year-old Slovak boys (16%) and girls (18%) smoke than the EU average (14% for both boys and girls).

Slovakia spends less on health than most other EU countries, both in absolute terms and as a share of GDP. In 2015, €1,538 per capita was spent on health care, compared to the EU average of €2,797. This amounts to 6.9% of GDP compared to 9.9% across the EU as a whole. Some 80% of health spending in Slovakia is publicly funded, which is close to the EU average, the report called State of Health in the EU/Slovak Republic finds.

Cardiovascular diseases are by far the prevalent cause of death for both women and men in the country (heart attack and stroke, respectively), followed by cancer, primarily lung and colo-rectal. Deaths from Alzheimer’s disease and other dementias almost doubled between 2000 and 2014 due to population ageing, but also to better diagnosis, lack of effective treatments and changes in registration practices.