Peace, joy and good cheer pack a punch in the streets of Bratislava and its regions. Wassail!

As well as the city centre, individual boroughs are hosting Christmas markets this year; the nearby Schloss Hof is offering a Christmas programme too. 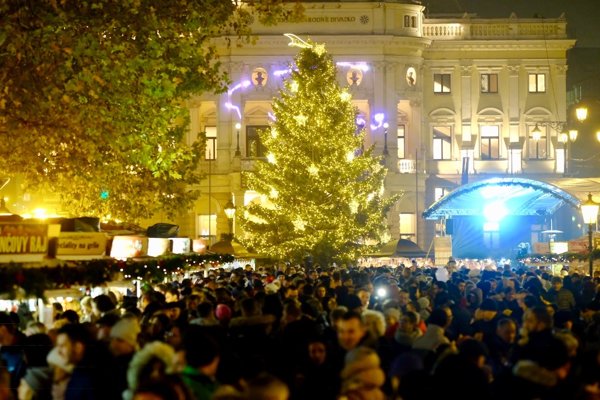 In the past Bratislavans travelled to Vienna to visit local Christmas markets and enjoy the Christmas atmosphere. This is no longer necessary as citizens and visitors of Bratislava can enjoy Christmas markets at the traditional localities of the Main and Hviezdoslavovo Squares, in the boroughs of Rača, Petržalka and Dúbravka and at the baroque castle, Schloss Hof, just beyond the Slovak-Austrian border as well. Dobrý Trh, or Good Market in English, has also prepared its Christmas offerings.

After its first successful season, Bratislava Castle will host a Christmas market again this year. It will open on Friday, December 1 and will last until December 17. The stands will be open daily from 12:00 while from Monday to Wednesday they will close at 20:00. During the remaining days, they will stay open until 21:00. Folk groups and children from art schools will present Slovak Christmas traditions during the weekends from 17:30 until 19:00. 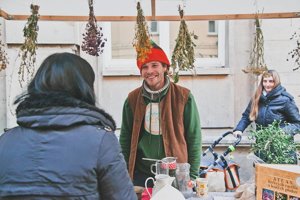 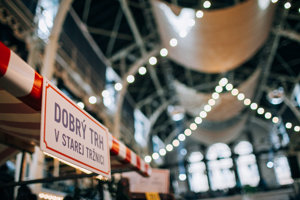 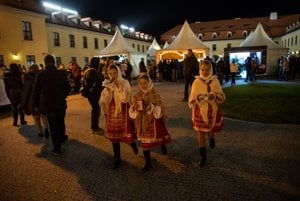 Petržalka is hosting a Christmas market at Námestie Republiky square from December 1 until December 17. About 10 stands will offer Christmas delicacies as well as small hand-made gifts. They will be open from 11:00 until 21:00 during work days and from 9:00 until 21:00 on Saturdays and Sundays.

St Nicholaus will arrive to present gifts to children on December 6 at 16:00. Afterwards Petržalka Mayor, Vladimír Bajan, will light the Christmas tree and serve the traditional Christmas Mayor’s punch.

Part of the culture programme will be concerts and performances for families with children. The Canens and Evanjelický Zbor Petržalka Choirs will sing Christmas carols on December 17 at 17:00. 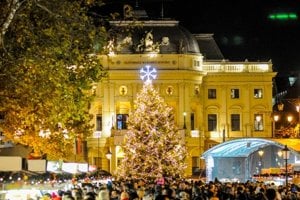 The borough of Dúbravka is organising its local Christmas market for the third year. This year it will take place in front of the House of Culture Dúbravka and will last from December 15 until December 17. About 20 stands, open from 10:00 until 21:00, will offer meat products, gingerbread, wine, mulled wine and trdelník as well as home-made products.

The cultural programme will include concerts, a nativity scene with live animals and workshops and theatre performances for children. The gallery of the house of culture will hold an exhibition of nativity scenes carved from wood.

The borough of Rača will hold its Christmas market in front of the German Culture House between December 8 and 10. Visitors can buy food and drinks as well as Christmas presents from about 20 stands. There will also be local wines, including the traditional red wine Račianska frankovka, on offer. The stands will be open from 10:00 until 22:00 on Friday and Saturday and from 10:00 until 20:00 on Sunday. St Nicholaus will bring presents for the children on Saturday at 15:00.

The borough of Ružinov has prepared an Advent programme in the A. Hlinka park, where priests from individual parishes will gradually light up Advent candles. The local open-air market on Miletičova Street will host a Christmas market on December 15 and 16. The traditional free Christmas concert followed by cabbage soup or kapustnica will take place in the park on December 14 starting at 18:00.

The Karlova Ves borough has prepared a whole-day Christmas programme for its citizens. It will take place on December 17, starting at 10:00 and lasting until late. The morning programme will be dedicated to children including a theatrical performance and workshops. In the afternoon, the programme will be more varied.

The Christmas season of the popular Dobrý Trh, or Good Market in English, will take place in the Old Market Hall and its surroundings on December 16. The stands with food and various hand-made and designer goods will be open from 10:00 until 20:00. The rich accompanying programme will offer a concert by Funny Fellows, a theatrical performance for children, a creative workshop focusing on the ecological packaging of Christmas presents as well as mini lectures on cooking. The nearby Nedbalka gallery and the Slávica shop offering designs by Slovak creators will prepare a special programme, too.

The Christmas market in the Baroque castle Schloss Hof just behind the Slovak-Austrian borders offers brand new stands with rich Christmas decorations and Christmas assortments including candles, ceramics, food and drinks. The market takes place each Saturday and Sunday until December 17. 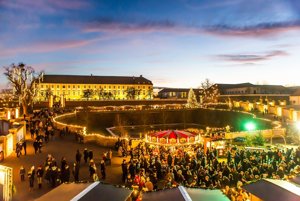 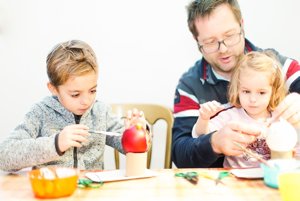 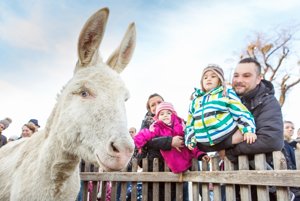 The castle itself is offering visitors an exhibition of Christmas traditions including a Baroque nativity scene of the Jaufenthalers family. Their oldest parts date back to around 1770.

Contrary to previous years Schloss Hof will not close its doors for winter and its interior will be used as scenery for a fairy tale by the Brothers Grimm. It will start on December 23 and will last until March 14, 2018.

The best way to get to Schloss Hof is either by a bus run by Slovak Lines from the Bratislava main bus station or by car. The lower, so-called Moravia gate, easily reachable from Devínska Nová Ves via the bridge over the Morava River, is closed during the winter.