Businessman Lunter has taken over from Kotleba in Banská Bystrica

The new regional governors took over their positions on December 4. 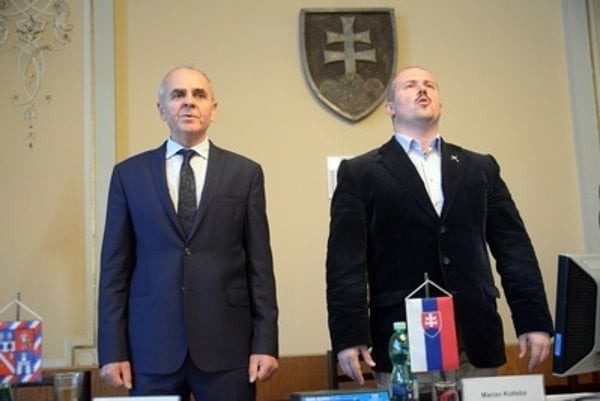 Ján Lunter officially assumed his post of the Banská Bystrica Region’s governor on December 4, and took an oath along with 49 regional councillors. His predecessor, chair of the far-right People’s Party – Our Slovakia (ĽSNS), Marian Kotleba, became an ordinary regional councillor, the Pravda daily wrote.

The December 4 meeting was organised under what seemed like a police operation. The meeting room was filled with citizens, including Kotleba’s supporters. Local TV journalists had problems getting into the room. Only after Kotleba himself arrived and ordered the security guards to let the TV crew in was the situation solved. 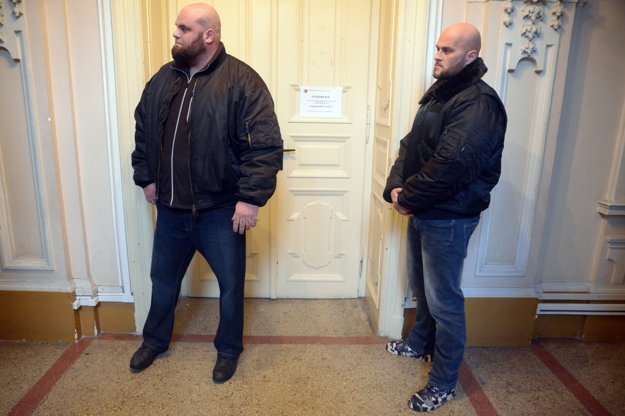 “The replacement of Kotleba is good news for all Slovakia,” political analyst Michal Horský commented for Pravda. “The fact that Kotleba summoned the session for the last possible date and moved it from Banská Bystrica to Rimavská Sobota indicates he wanted to stay in position as long as possible – even a few extra hours were precious to him.”

The meeting was opened by Rimavská Sobota Mayor Jozef Šimko, who had openly supported Kotleba as governor. Šimko told the new Banská Bystrica regional governor that if he fails to support the development of the entire region and not all 650,000 of the locals can feel it, he himself will be an open critic of the new regional administration.

“The first move will be to meet those working here today,” Lunter said about the incumbent regional representatives, as quoted by the TASR newswire. “We’ll hold personal talks to establish the degree to which these people have empathy towards our policies, goals and plans.”

The new Banská Bystrica Region’s governor would like to create more job opportunities by making use of regional goods and agricultural land as well as putting farming products in a retail chain. In addition, Lunter wants to create a social economy with an eye towards tackling long-term unemployment in the southern parts of the region.

Lunter said he changed his mind and his son Ondrej will not be among the deputy governors.

A big problem was caused by Kotleba, who installed an ex-MP for ĽSNS and his close friend Milan Suja of Detva in the post of CEO of the regional road administration company.

Other new governors also took over the remaining seven regions of Slovakia.