Bratislava plant will produce other SUV models next year

The autimotive industry is one of main pillars of the Slovak economy. (Source: Courtesy of VW SK)
Font size:A-|A+30

The Porsche Cayenne model has been produced exclusively in the Bratislava plant since September. 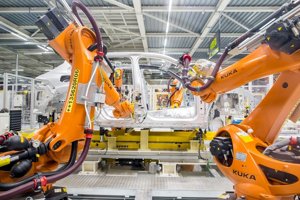 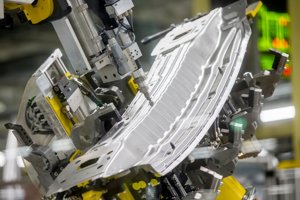 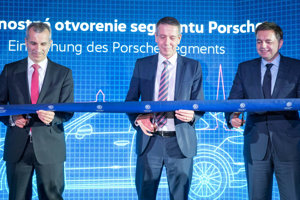 Ralf Sacht, VW SK managing board chairman and member of the board for technology, emphasised at the ceremony that the plant’s main task at the moment is to focus intensely on producing the new Porsche Cayenne so that the models are manufactured at the highest quality and in the required numbers.

Finance Minister Peter Kažimír (Smer) appreciated the fact that Volkswagen is not only Slovakia’s largest investor employing thousands of workers, but that it is also the biggest tax payer. In his opinion Porsche Cayenne is becoming a flagship for Bratislava.

“We would be very pleased if the production of electric cars was also associated with the factory in Bratislava,” said Kažimír as cited by the SITA newswire.

The extension of VW SK’s production for the Porsche segment and the construction of the new halls boosted the Bratislava plant’s premises to more than 2,000,000 square meters. 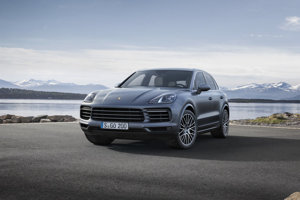 Read also:Volkswagen kicks off production of “Made in Slovakia” Porsche CayenneRead more

More than 600 employees work in the Porsche segment per one shift.

As the company announced during the opening ceremony, the start-up period does not end with the launch of the Porsche Cayenne production. Among the challenges of the Bratislava plant next year are two other announced SUV models, namely the third generation Volkswagen Touareg and Audi Q8.