Slovak astrophysicists return from Olympiad in Thailand with medals

Every year the competition grows, getting tougher for Slovakia to maintain its good standing. 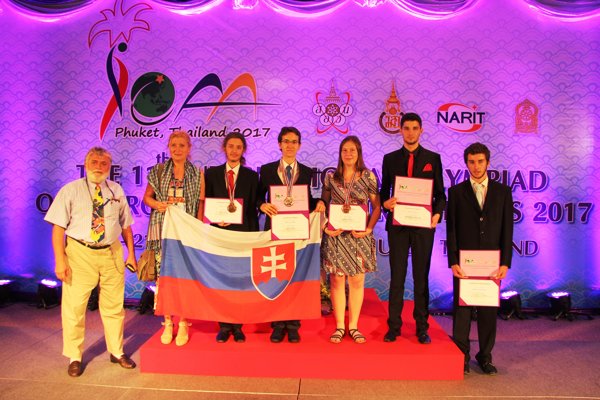 Young astronomers returned from the International Olympiad on Astronomy and Astrophysics (IOAA) in Thailand with golden, silver and bronze medals.

“We were looking forward to Phuket island, however, we didn’t go on vacation but to prove and defend the high level of knowledge of our astronomic youth,” said the head of expedition and head of the Slovak Astronomical Society of the Slovak Academy of Sciences (SAV) Ladislav Hric, as quoted from the SAV website.

L. Hric has taken part in organizing the Astronomical Olympiad in Slovakia for pupils of primary and secondary schools since its beginning. The best solvers of the presented tasks are nominated to the world round of the Olympiad every year, trend.sk wrote.

“Thailand organized the first international Olympiad in 2007 and thanks to Robert Barsa from Košice, who took his place among the golden problem solvers, we made a good name for ourselves. We wanted to defend it also this year,” says the SAV website.

Level of competition gets higher

Demands on the competitors rise every year. While in 2007 86 students from 21 countries attended, this year 210 young people from 44 countries completed the competition.

The tasks at the Olympiad were hard. According Jana Švrčková, of the participants, knowledge that was enough for a bronze medal last year would not even earn a diploma of successful solver this year.

Jozef Lipták from Jozef Gregor Tajovský Secondary Grammar School in Banská Bystrica won a golden medal and placed fifth place in the final standing. He already has one golden medal from last year’s Olympiad in India. 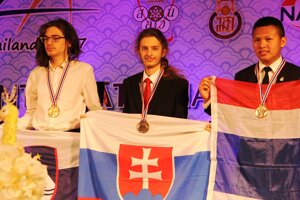 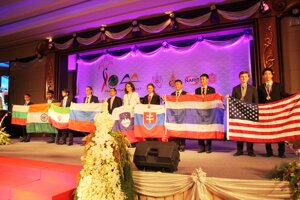 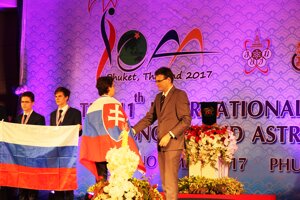