Will Czechs be sorry?

Czechs have handed their country to Zeman and Babiš. The Czech train is now dashing along the road to who-knows-where. 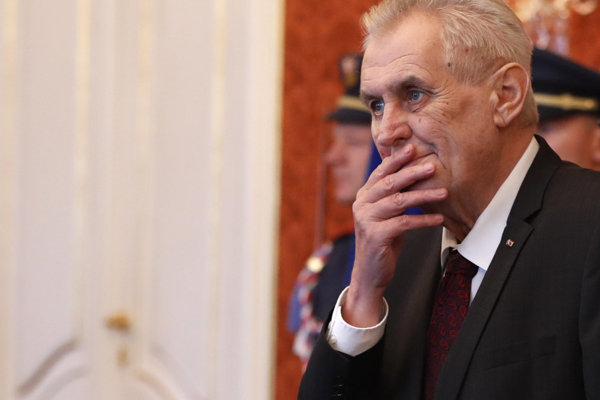 The winner, Miloš Zeman, is a cynical technologist of power, who does not shy away from lies, obscenity, and willfulness, including questioning constitutional rules. (Source: AP/TASR)
Font size:A-|A+4

Stop migrants – 2,853,390 votes, Decency is our strength – 152,184 fewer votes. That is the result of the presidential election in the Czech Republic. The majority of the Czech nation are frightened, closed, and cynical. And the defeated minority envies Slovaks much more than just their President Andrej Kiska.

But let’s start with two pieces of good news: the election turnout of 66.6 percent is exceptional and shows that the political struggle for the direction of the country has roused people out of their indifference.

And, despite all predictions, the campaign ahead of the run-off round was actually quite decent. Miloš Zeman’s ads with their “Stop migrants and Drahoš” are not that bad compared to the attacks Robert Fico had launched at Andrej Kiska in the presidential campaign by suggesting scientology links.

When making comparisons between the recent Czech election and the Slovak presidential election in 2014, three clarifications need to be stressed:

Some of Robert Fico’s supporters wanted him to remain prime minister, which was an advantage for Andrej Kiska, one that Drahoš did not have against Zeman. The second-round turnout in Slovakia was just over 50 percent, while some 60 percent of voters usually vote in the parliamentary election. And in 2014, the topic that in the end decided the Czech election, had not yet emerged: migration. The Slovak prime minister would undoubtedly be ready to take advantage of it just like Miloš Zeman and other populists and xenophobes did in the recent elections around Europe.

The fact is, though, that Kiska was a more trustworthy and more interesting candidate than Jiří Drahoš in the Czech Republic, and he undoubtedly had a more professional team.