A young boy hid in a pigsty, escaped deportation as the only one of his family. 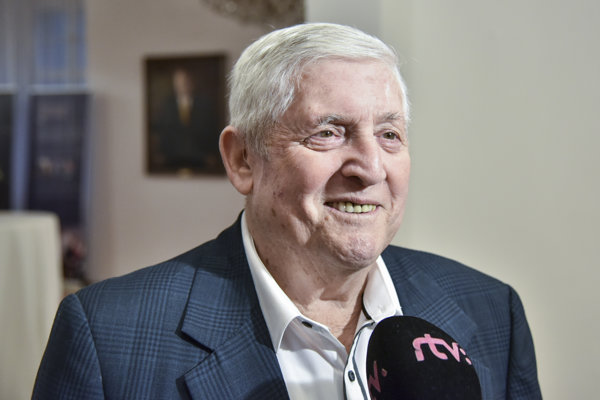 David Sivor was a young boy during World War II. He was saved by the Ozvald family in Podunajské Biskupice. (Source: TASR)
Font size:A-|A+

Until the beginning of the deportations of Jews from Slovakia in 1942, David Sivor (then under the name of Pavel Suchostaver) spent his time between his father's family in Bratislava and his mother's family in Liptovský Mikuláš.

“I was seven when anti-Semitic sentiment started in Bratislava. I remember the unpleasant feeling of being called a Jew,” David said.

Rudolph Suchostaver, David's father, was exempted from deportation for being a professional whose services were vital to the state; this exemption also applied to his close relatives.

When the deportations started in 1942, David was with his mother in Liptovský Mikuláš attending 1st grade in the Jewish primary school. Unfortunately, he could not finish his school year. In May, his mother received a phone call from their Bratislava neighbor Ernest Kordoš, a police lawyer, warning her to leave Hotel Kriváň.

David, his mother, grandmother and his two cousins, the brothers Feuereisens, immediately left for Bratislava. However, David’s mother’s cousin did not want to leave. The next morning, he, his wife and their 11-year-old daughter were deported to a synagogue and later to the gas chambers.

After few days, David’s family received an order from the deportation office to leave their house in three days. David’s parents found a shelter in a wooden house of a Belarusian called Birjukov. David’s grandparents were sent to Bratislava Jewish ghetto. His grandfather could not deal with the situation and died soon after. The grandmother was deported and killed. David’s father was also detained. Awaiting deportation to Poland, his wife presented his exemption certificate in time to save them.

At the end of August 1944, when the Slovak National Uprising against the Nazi rule in Slovakia erupted, soon to be suppressed, and Germany took over the country, the immediate danger occurred to the Jews. Finding a hideout was inevitable.

David, his grandmother, two of his uncles and a cousin from his mother’s side found a shelter at the Ozvald family's house in Podunajské Biskupice. It was probably at the end of summer 1944. It is amazing to imagine how five people could be hidden in such a small place. David and the son of Ján Ozvald became friends. They often went to fields to harvest cucumbers and gather cow-dung as fertilizer.

One day police conducted a search at the Ozvald family's house as probably neighbors informed the police. During the search, David hid in a pigsty. Piglets started to squeal, but they went silent after he let them lick his fingers, so he was not found. The rest of the family members were detained and deported. David left the Ozvald family and he subsequently moved to other hideouts.

“I will never forget April 4, 1945, when I returned to our house on Skrovankova Street. We were free. I reunited with some of my family members. My mother returned from Theresienstadt,” David recalls.