Original artwork by Slovak modernists like Bazovský, Galanda and Benka would cost tens of thousands of euros but fakes cost only hundreds. 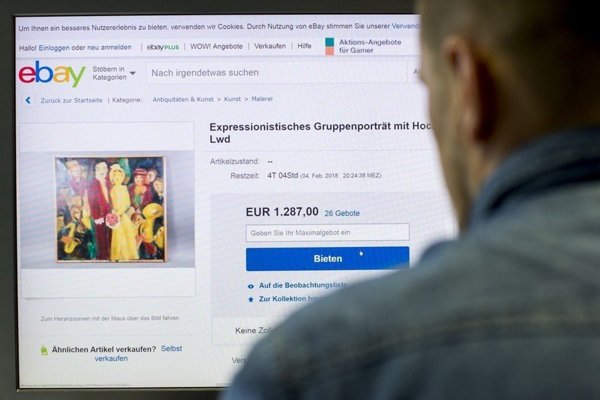 Slovak Peter Sečkár has been living in Germany for 30 years but he is still attracted to his homeland which is why he wanted to buy several paintings by Slovak artists at the end of last year.

He searched the internet until he found a seller who offers works of various global artists every week during auctions on the website eBay.

It surprised him to hear from Slovak experts – at first glance – that the paintings were fake.

When he first purchased the artwork, Peter Sečkár did think the prices were too good to be true. However, he also believed the paintings were priced by someone who doesn't know much about Slovak art. “I thought they were selling a collection of someone who collected paintings their whole life, and brought them here back in the 1960s when fleeing from home,” Sečkár, who lives in Stuttgart, explains. “Germans are not oriented in Slovak art.”

He was lucky enough to pick up the auctioned pictures in Munich on his way to Slovakia. Immediately after arriving there, he had the paintings examined by an auction company.

Every expert confirmed they were fake, and after a few days, he requested the company selling the artworks return his money.

“They reacted immediately, saying this was no problem,” Sečkár continues. “And yes, Monday I sent them a message and Wednesday, I got my money back. But when I asked them from whom did they get the paintings, they were reluctant to tell me.”

His own experience led Sečkár to track other offers made by the ArtTradingOnline.de website on German eBay. Even though the paintings returned to the website were not offered again, the Munich-based company has since offered dozens to hundreds of paintings by famous Slovak painters.

“If anyone has such a huge collection, this would be bigger than the Slovak National Gallery has,” Sečkár opines.