Bratislava will get a world-class water sports resort 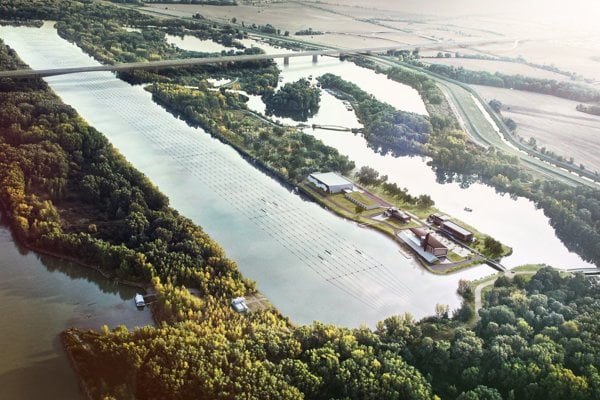 Water sports are one of the most successful sports in Slovakia. Kayakers and canoeists repeatedly return from world events and the Olympics with medals. But not all of them have ideal conditions for training. While slalom canoeists can test and improve their abilities at the Biela Voda white-water resort in Čunovo near Bratislava, sprint canoers and rowers are not so lucky. They have to even hold qualification competitions abroad because there is no actual regular course for them. This will change since sprint canoers have resumed plans to complete the Zemník water sports resort between the Jarovce branch of the Danube River and the river itself in Bratislava. It will serve professional athletes as well as the general public.

“The most expensive item – digging the course – was done about 50 years ago,” Boris Bergendi, general manager of the Slovak Sprint Canoe Association, told The Slovak Spectator. He added that given that today the digging might have cost as much as €60 million, it would be impossible to build such a resort without it. “Now it is necessary to complete the facilities on its banks.” 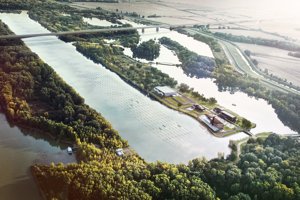 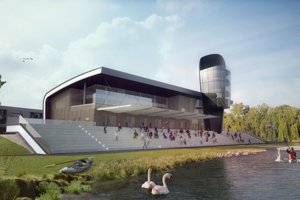 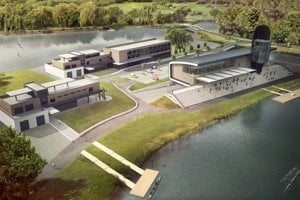 Visualisation of the Zemník resort (3 photos)

Zemník was dug during the construction of the nearby Gabčíkovo dam when this place was used for the production of gravel. Already at that time it received its current parameters with the idea of building a water sports resort later. This artificial lake is 2,200 metres long, 200 wide and more than eight metres deep.

“Zemník meets the parameters for organising international races in sprint canoeing and rowing and means the first regular venue for both of these sports,” said Bergendi.

But it is lasting longer to materialise the plans than originally expected. The problem was the missing legislative relation of the athletes to this area. This changed only in December 2013 when they rented the area from its owner, Vodohospodárska Výstavba, the company that built and now operates the Gabčíkovo hydropower plant, for 50 years.