Coalition partners are working on second social package for this year 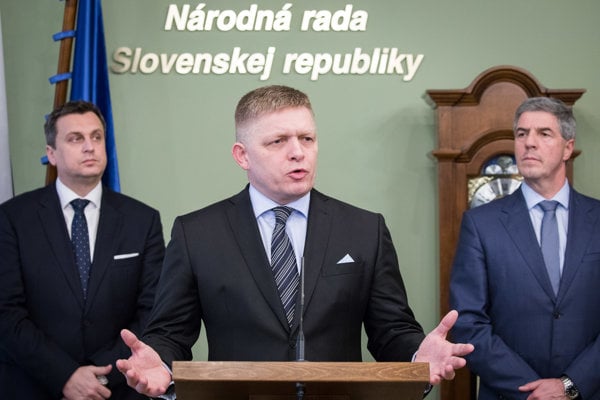 The governing coalition will introduce a second social package in the months to come. Prime Minister Robert Fico announced this on February 14 after parliament passed higher surcharges for night, weekend and holiday work and voluntary 13th and 14th salaries partly exempted from income and payroll taxes. His plan is that the second social package would come into force on January 1, 2019.

“It will contain many interesting things,” said Fico as cited by the SITA newswire, adding that these measures will be based on the philosophy that if the state is doing well, people have to prosper.

He refused to speculate on what measures would make it to the social package. These measures should not only be beneficial for people but help the Slovak economy.

“We are pondering with the Slovak National Party and Most-Híd what to do to help tourism,” said Fico.

Fico wants to convince his coalition partners to allot a “large package of money that will go to people in 2019” while preserving public finance consolidation.

The social package should contain measures for entrepreneurs, sole proprietors, as well as small and medium businesses.

“A few interesting measures will be directed there,” he said.

The government will wait with the second social package until April forecasts are published of the Slovak economic development by the end of this year and in 2019. Nevertheless, the first contours of the package should be known within one month.