Doctors are replaced by rescuers with lower education instead. 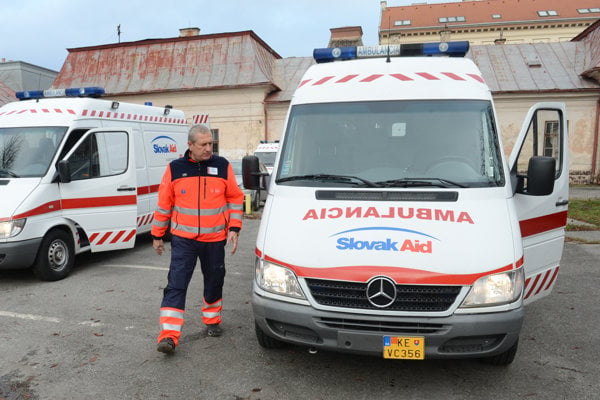 The biggest medical rescue service in Slovakia, Falck, has replaced the Emergency Doctors Service in five cities and towns across the country with the Emergency Medical Service, starting in February. In the latter, only paramedics operate instead of doctors with full education.

The company mentions that this is attributed to a lack of doctors, as the Sme daily reported on February 20. Slovak doctors, mainly those specialised in emergency medicine, are more attracted to the new emergency admission wards introduced last year.

Experts opine that this recent trend in Slovakia merely follows the Europe-wide trend, the daily wrote. Currently, of the total 274 stations of rescue medical service, only 89 have a doctor.

Reasons for the move

A lack of doctors is the problem, according to the head of Falck, Ivo Krpelan. This is especially case of those specialising in anaesthesiology and emergency medicine, Mária Lévyová, head of the Association for Protection of Patients’s Rights, adds.

Ambulances fighting for emergency doctors must compete with the new emergency services in hospitals, announced by Health Minister Tomáš Drucker last year. The salary and the type of work in the ambulance service may be unattractive compared to the past, too, rescuer Viliam Dobiáš told Sme. Unlike doctors in a hospital who have colleagues for consultations and help, emergency doctors in ambulances are left on their own.

However, the ambulances are stripped of doctors for economic reasons as well; ambulances without doctors are simply cheaper, Dobiáš and Lévyová agree.

Cities and towns fight the decision

In some towns or cities, councils and municipalities fights against this new trend, like Kysucké Nové Mesto. There, but also in Tornaľa, Rajec, Levoča and Sabinov, the health ministry has to approve the change.

The ministry itself assures through its spokesperson Zuzana Eliášová that patients will not experience a change in the quality of medical services offered.