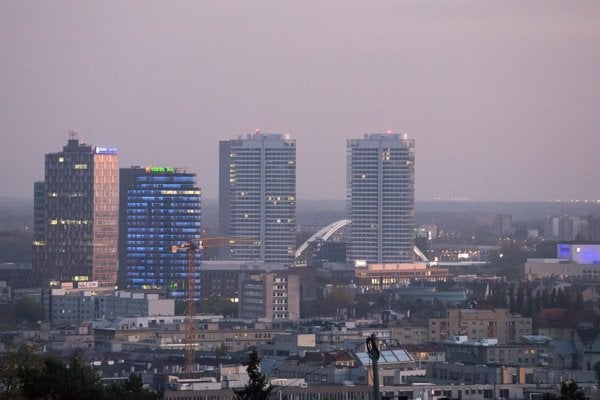 The independent Slovak Republic celebrated 25 years of existence on January 1, 2018. While expectations and predictions for the newly-formed state were rather pessimistic and cautious 25 years ago, the story of independent Slovakia is a success, at least from the economic point of view. Slovakia has transformed into a country with a functioning market economy and is now a member of WTO, OECD, NATO, the EU and the eurozone. Real wages are 73 percent higher than in 1993 and average Slovaks can afford more goods and services than they could 25 years ago. Slovakia still lags behind its former peer, the Czech Republic, which started from a better position. The gap between the two countries, however, is getting smaller.

Yet Slovakia should not rest on its laurels. To remain competitive and maintain its economic growth, it needs to improve its education, implementation of innovations and research as well as development in order to become a knowledge-based economy that does not remain the assembly hall of the Europe.

“Slovakia, in spite of the pessimistic baseline factors, belongs among the most successful economies of the former Eastern Bloc,” said Vladimír Masár, who occupied senior governmental positions when the federation was splitting and the new Slovak and Czech Republics were created. “We are not only maintaining the pace within the Visegrad Group, but we also manage to reduce the gap towards the EU average. But the continuation of the success of the last 25 years is not a matter of course. Slovakia’s economy should undergo a qualitative change in order to generate higher added value.”

Vladimír Masár, when looking back on the development of independent Slovakia and its economy, sees two main processes affecting the country’s development over the last 25 years.

“When speaking about 25 years of independent Slovakia, it is very important to understand the beginning, at what time the Slovak Republic was established and what were the baseline factors,” said Masár. When the federation split, he held senior positions in the finance ministry and later became the first governor of the newly-established Slovak central bank, the National Bank of Slovakia (NBS). Since 2000, he has served as director of Deloitte in Slovakia.

In his opinion, many people do not distinguish between the economy’s transformation and the split of the federation and the impacts they had on Slovakia’s economy. Masár believes these processes are separate as the Slovak economy would have to undergo transformation from the centrally-controlled economy to a market economy, regardless of the ensuing split of the federation and creation of independent states.

“The transformation of the communist and centrally-controlled economy to a market economy was dramatic and fundamental,” said Masár.

“At that time, even Western economists did not dare say how to manage such a process because nobody had any experiences with the fall of such a huge economic block,” said Masár. “It was a unique, historically unparalleled event.”

What was very important, Masár recalled, was securing the fast change of ownership of state assets in order for communist parties to lose economic control over the countries. This was due to the assumption that if communist parties hold economic power, they can easily regain political power.

“This was one of the reasons why many transfers of ownership were quite peculiar and rightfully criticised, either due to their effectiveness or transparency,” recalled Masár, adding that at the time the quality of the processes was not as important as the speed at which they were completed. “Nobody could say at that time whether this was not just another 1968, and everything would revert to the past. This time aspect was a very important realization back then.”

At the fall of the communist regimes, the Eastern Bloc was strongly undercapitalised. As Masár recalled, companies were indebted while they borrowed money only to repay old debts rather than buying new technologies or developing in other ways. This was also the case for Slovakia.

Slovakia suffered from very high unemployment, much higher than the Czech Republic. Industry in the Czech Republic was better able to adapt to new conditions. Slovakia, with its high share of heavy industry and defence industry, was in a worse position.

“Slovakia actually had to build its economy from scratch,” said Masár.

Split of the federation

“The most important thing was that the whole process of dividing assets was cultivated, peaceful and free of the problems that occurred in other countries,” said Masár. “This was really an economic value of a non-economic character.”

Slovakia had to form its institutions and needed to join the International Monetary Fund as well as other international monetary institutions in order gain access to loans. The process was well-managed and served as the basis for the new states.

“The starting position of Slovakia was worse than that of the Czech Republic,” recalled Masár.

Political analyst Grigorij Mesežnikov agrees, recalling that after the split of the federation, Slovakia’s GDP accounted for 47 percent of the European average while that of the Czech Republic equalled 77 percent.

“Today, we are at 77 percent and Czechs at 88 percent,” Mesežnikov told the Nový Čas daily, ascribing the bigger headway of Slovakia to EU membership and reforms. “We beat several odds like Mečiar’s authoritarianism, which almost led us to a dead end. Even though we are slightly worse off than the Czech Republic based on objective criteria, they were much better off during the split.”

Ján Štemberk from Charles University in Prague stressed for the Hospodárske Noviny that the differences in Slovak and Czech economies were apparent from the industrial revolution.

“Czechia belonged to the most developed parts of the Habsburg monarchy,” said Štemberk. “Industrialisation and modernisation processes befell Slovakia only later.”

During the existence of the joint state belonging to Slovaks and Czechs, these differences were gradually erased. But Czech industry was more developed and competitive than Slovakia after the split. While in Czechia there remained middle-sized production that could trade with neighbours from the European Union, Slovakia had a lot of heavy and defence industries with ineffective structure. It failed to compete with rivals on the EU markets. This affected the further development of the two economies.

Slovakia made a leap forward when the Mikuláš Dzurinda government took power in 1998 and introduced economic reforms. The adoption of the European single currency helped Slovakia too.

“Slovakia is an active part of one of the biggest and most effective globally-acting economic and political groupings,” said Masár, adding that what he regrets is the weak performance of Slovakia in the effectiveness of the public sector.

Within the Visegrad Group, last year the GDP per capita was 88 percent in the Czech Republic, followed by Slovakia with 77 percent, Poland with 69 percent and Hungary 67 percent.

“This is closely linked with education, R & D and innovation,” said Masár, adding that only better education and R & D can offer Slovakia more sophisticated and innovative processes and prevent it from remaining the assembly hall of Europe.